A ‘Supa Dupa Luca’ win for the Racks 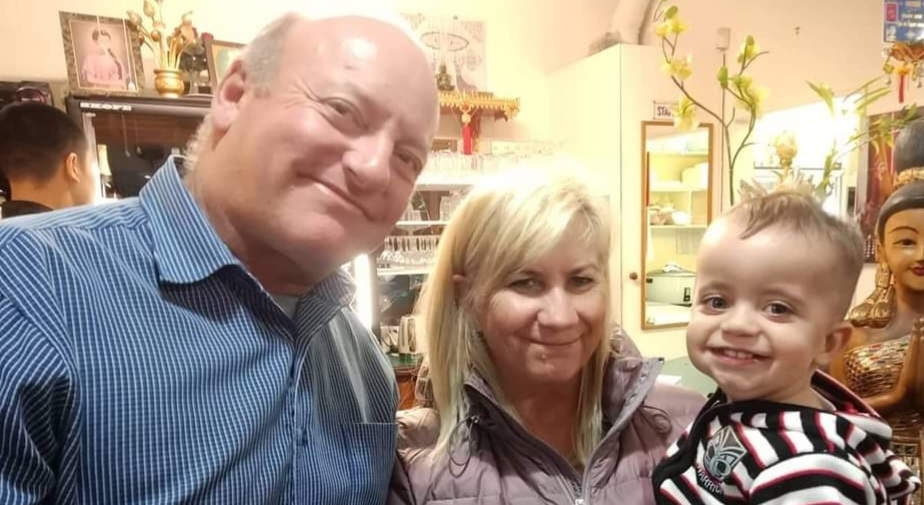 Gladwyn and Sharon Rack with little grandson Luca, whom Supa Dupa Luca is named after.

“She’s the best horse that we have bred. She won more than $220,000 in stakes. I was very proud of her son on Friday. I thought he was coming to the end of it this campaign.

“In fact, we have tipped him out for a couple of months. I’ll be off to Barry’s to get him tomorrow (Monday) and I’ll bring him back to our Hunua property (125 acres) to fatten him up.

“He’s got a bit of talent, but I’m not sure if he’s the best one Little Big Sister has left,” said Rack, who also owns the bay with his wife.

Supa Dupa Luca is the fourth foal out of Little Big Sister. The 3-year-old gelding has now won two of his nine starts and placed in six others ($24,445).

Rack said he could comment more on Supa Dupa Luca’s ability once he returned from his current spell and competed as a late 3-year-old.

“At the moment I think he’s just a nice horse, who could be better than Mr Euroman who is the most successful foal from Little Big Sister so far,” Rack said.

The Greenkeeper (2014 Auckland Reactor gelding) and Sheffield Spark (2015 Art Major gelding) were the next two foals out of Little Big Sister. They one won and two races respectively.

“We are delighted with her. Not only because she’s the first filly out of Little Big Sister, and we can breed on from her, but she’s also a really nice pacer.

“She qualified well at Pukekohe in late April and we have also tipped her out. I think the way she’s been going she could make a late 2-year-old,” Rack said.

“She was a wonderful specimen, but sadly she was dead in her paddock when I went to feed her one morning. She was perfect the night before and dead the next morning.  That was gut-wrenching because she was a stunning filly – and one we could have bred from one day.”

“I’m so proud of Little Big Sister. Each one of her foals has won at least one race. It’s important to me that she maintains that 100 per cent winning record,” Rack said.

Little Big Sister won four races here but from October 2009 to February 2012 she also won eight races in Western Australia, including the Group Three WASBA Breeders Stakes and The Race For The Roses – both at Gloucester Park.

“He won a race for us and then a couple of years later I went and bought his mother at the Broodmares Sale. That’s how it all started,” Rack said.

The Racks were on track to watch Supa Dupa Luca’s victory.

Rack also raced Our Super Soky’s fourth foal – Our Super Operative (by Armbro Operative) – who won four races in a row at Alexandra Park and Cambridge Raceway before getting injured soon after he was exported to Canada (July 2008).

For the record: The best horse that the Rack’s unraced mare Belle Nuit left was the 1999 Fake Left gelding Myson Dylan, who won five races and $63,921.