Skip to content
Kahress – a broodmare before her time?

Kahress – a broodmare before her time?

Wellington owner-breeder, Mark Nickel, won two races in four days with the beautifully bred Kahress last week, but now the talented 5-year-old could be forced into a premature retirement due to a lack of racing for trotting mares and fillies.

“It’s something I’m going to have to have a serious talk with Robbie (Holmes) about. She’s spent 90 per cent of her racing career competing against the colts and geldings. 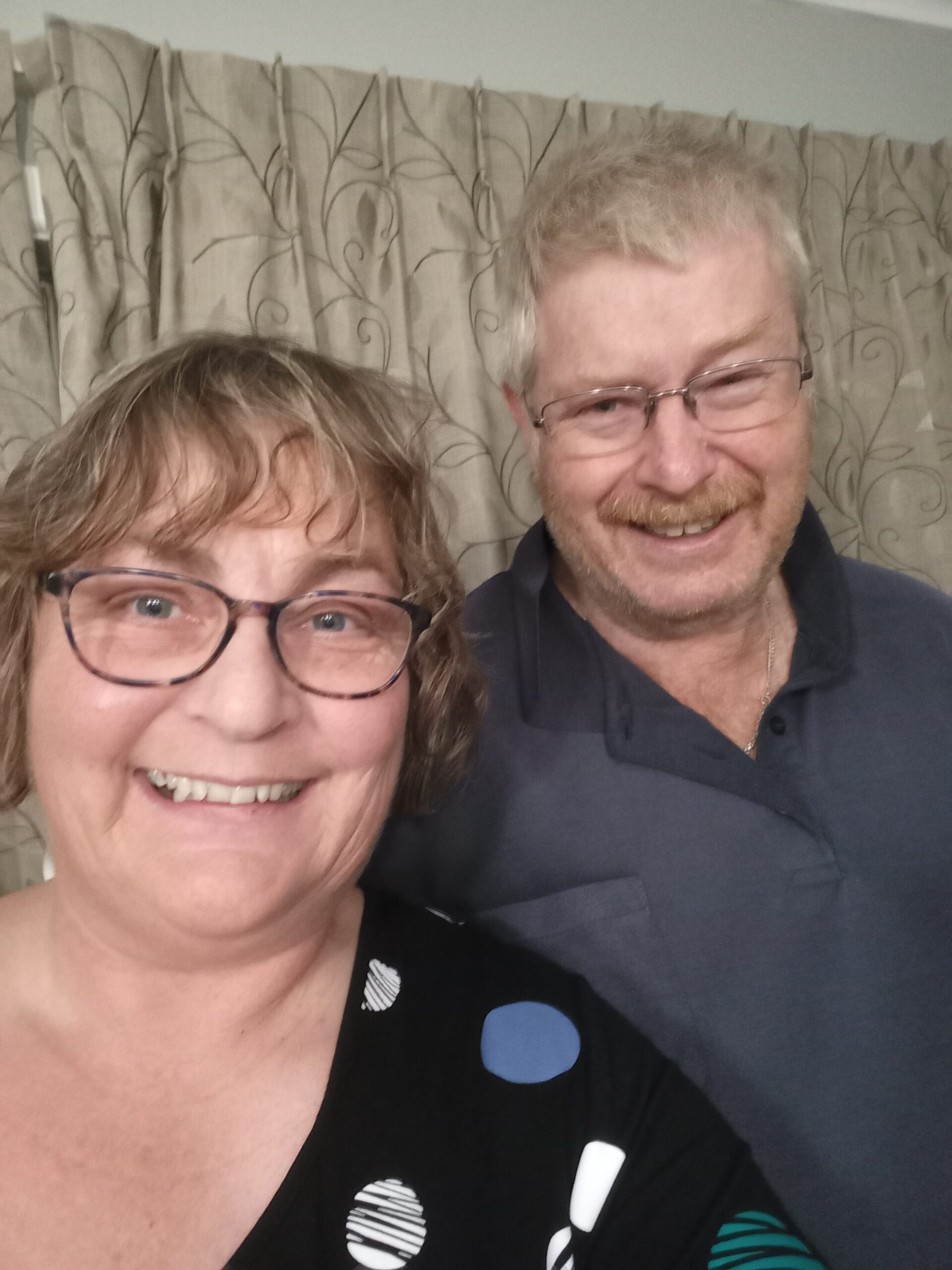 “She’s five now and is a R70 graded trotter and it’s just going to be really tough for her. I was extremely proud of her two wins this week. She’s a Group Three placegetter against the boys, (2021 Banks Peninsula Cup) and deserves the opportunity to build a record of results by competing against her own sex.

“Trotting is 30 percent of our sport, and there are no Group Ones or Twos for trotting mares. Just give us some incentive to keep racing. The number of fillies and mares being exported is going to affect the viability of trotters being bred in this country,” he insisted.

The royally bred Kahress, who is by Muscle Hill, is out of the one-win 2007 Sundon mare, Smitten – who is a full sister to the well performed Kahdon (2006 Sundon – Kahola).

“I paid about $20,000 for Smitten at the 2009 Yearling Sales. She was my first foray into breeding trotters. I bought her because I liked the breed.

“She originates from the same family as Lyell Creek (Roydon Glen – Kahlum), that was a big incentive to buy her,” Lower Hutt-based Nickel said.

Last Thursday night (June 2) at Addington Raceway, Smitten’s third foal of seven (Kahress) won the ninth race – the R51 and Faster Trot by three-quarters of a length. She started from the 10-metre handicap.

Then three days later at Ashburton Kahress repeated the dose winning race three – an up to R70 Trot, by one length. She was second favourite.

Leithfield Beach trainer, Robbie Holmes, did the driving on both days.

Kahress has now won six of her 46 starts. She’s also placed 16 times and banked just over $80,000 since making her debut at Addington Raceway in February 2019.

Nickel and his wife Jill own and bred her with his company at the time – Tabman Enterprises Ltd.

“I leave the programming to Robbie. We go back a number of decades now and I’ve always trusted his decision-making. He said the mare came through the Addington race well, and when there were scratchings at Ashburton we decided to line her up.

“She’s by no means done with as a racehorse yet. We just need administrators to wake and cater for all sectors of harness racing so that not all of our good quality trotting fillies and mares are lost to other markets,” Nickel said.

Talking about Smitten’s progeny, Nickel said Kahress was the third and most successful from Smitten, who is out the 2000 Chiola Hanover maiden mare, Kahola.

“She’s also left us a 3-year-old Love You colt named Wilson Wells. He’s a huge specimen. He just keeps growing. Like Kahndoitalone he has been leased out.”

“Wilson Wells was the last horse I bred from Smitten. I then sold her to Brian Smith, who I believe has subsequently sold her on again to Macca Lodge Ltd

“I have also leased out a 3-year-old filly out of an Eilish Mac mare (Eilish Aimee) that Ivan McNicholl loaned me. Her name is Sinner Cool. 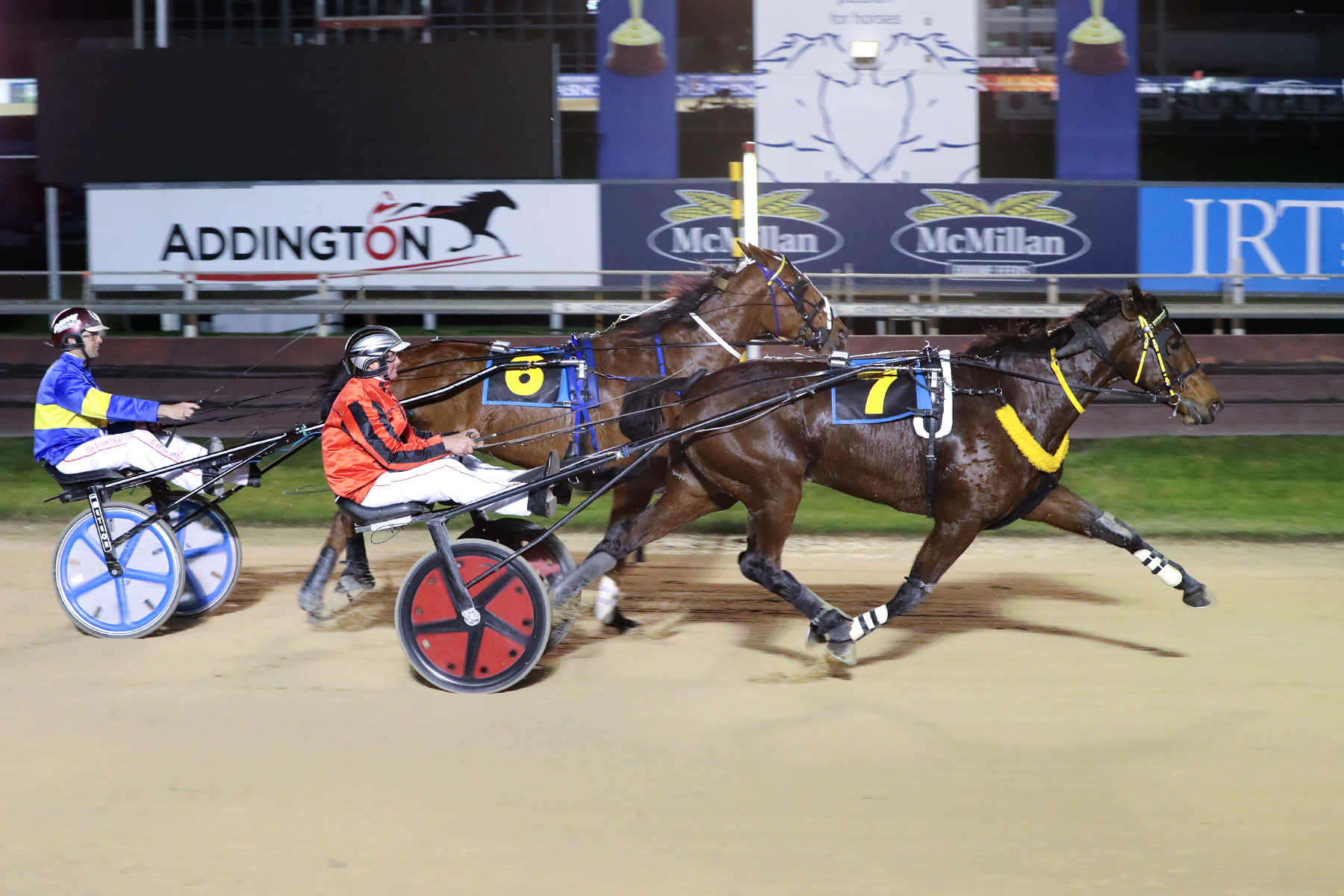 Kahress striding to victory in the hands of Robbie Holmes

“Many will tell you she’s named after me because I can have a tendency to be a tad cynical at times. That filly is also trained by Robbie. She’s placed once from two starts so far,” Nickel said.

Nickel has owned and operated three TABs in Wellington, and currently works the Naenae TAB.

The 63-year-old has long had a love of trotters even though the first horse he bred was from a pacing mare.

“Her name was Inga’s Star (Soky’s Atom – Cinnamon Toast), and in 2003 she left me a Road Machine colt, which I named Naenae Tabman. He won four races.

“Early on I also bred from a Soky’s Atom mare named Gwyneth. She left me a 2003 Presidential Ball colt I called Wainui Tabman,” Nickel said.

But he said he was delighted that Kahress was finally starting to hit the peak of her career.

“She’s really starting to hit her straps. We just need some decent Group races for her, or she’ll end up being a broodmare before her time,” Nickel said.

“The unfortunate part about this is that when mares and fillies leave these shores for better racing options they are not likely to return to these shores to breed.

“It’s sad the way the trotting fillies and mares are treated, because without females there would be no racing,” he added.