The three-year-old has notched back-to-back wins at Ashburton and Addington this month for owner and trainer Bruce Negus.

With two wins, four placings and never having finished further back than fifth, Foveaux Gambler has been brilliantly consistent in his eight-start career.

And it has led to Willis eying a return to the breeding barn for the pacer’s dam Kamwood Beauty. 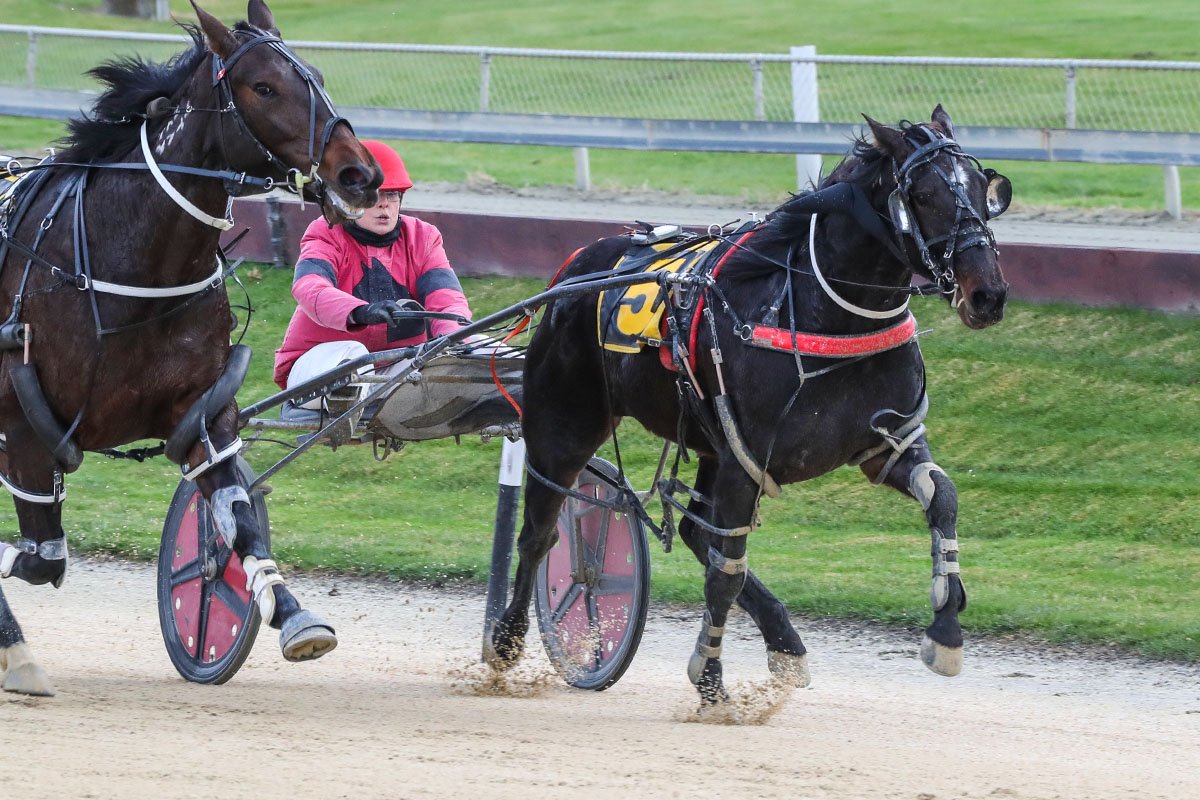 “I bred him and sold him at the yearling sales in Christchurch in 2020,” Willis said.

“Greg Payne bought him and got him going and qualified him and now he’s gone on to Bruce and he has done a great job with him.”

“I have got an older one out of the mare, a four-year-old by Betterthancheddar.”

“He is just sitting in the paddock, he is not even broken in, but good things take time.”

“So he needs to come in and get broken in.”

“I haven’t bred any more standardbreds out of the mare since Foveaux Gambler but I bred a sport horse out of her last year – a shire cross.”

“But we are going to put her back into foal to a standardbred sire this year.”

“The Betterthancheddar is a lovely type, so there is no reason he shouldn’t be OK. He has just been a small type, so I have left him and left him hoping he would grow which he hasn’t. He has strengthened up and filled out a lot, he is just a wee bit vertically challenged.”

“At this stage we think we will send Kamwood Beauty to Ultimate Sniper. She seems to do quite well with sons of Bettor’s Delight.”

“With Foveaux Gambler going so well it has reignited the passion, I haven’t bred any standardbreds for three years now.”

After a couple of quiet years on the breeding front, Willis has another mare to send to stud this year in Atarah.

The mare has just been retired after Willis trained her to win and run several placings.

“She is just letting down, she will go in foal this year. We are planning on sending her to Always B Miki at this stage, but that could change, none of this is set in concrete yet.”

Willis has been an active contributor to the breeding industry in the last couple of years through her Foveaux Standardbreds operation which she works around her day job.

With spring in sight more outside horses are due to head to her property at Branxholme in Southland.

“It is very small scale, but we take mares to foal down, mares to get in foal.  We do weaning and foal handling and I break in the odd one.”