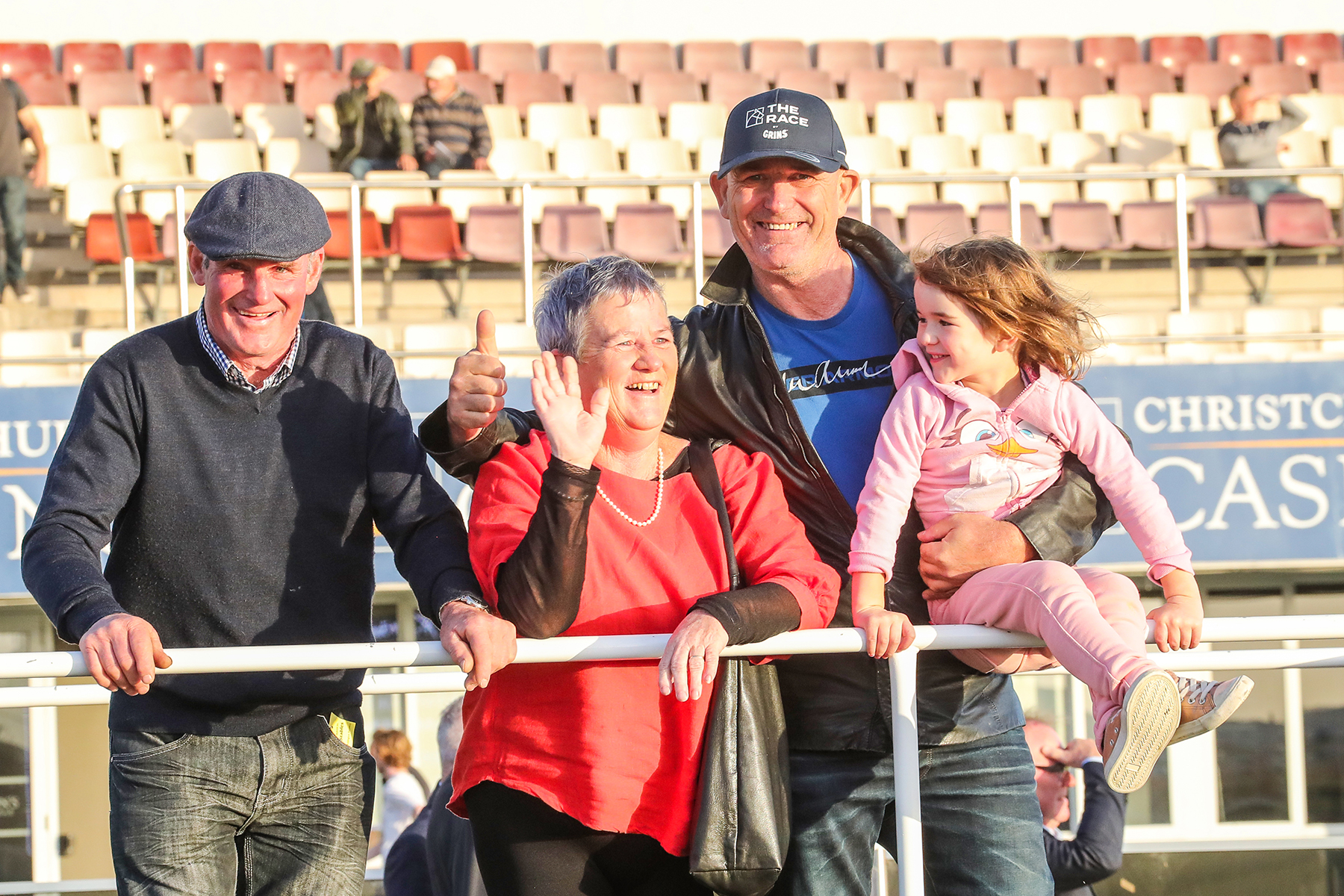 The 4-year-old gelding is owned by Blanchard senior and Peter Presley. Alex Milne and his wife Karen did the breeding at their Edendale farm, Tamai Lodge.

He is nicknamed ‘Elvis’ after his co-owner’s surname.

“The Matai breed has been really good to Dad (the late Alex Milne) and our family,” Milne explained.

“That was a good win by ‘Louis’ the other night. He’s such a big horse. I thought he might have needed a bit more time, but Peter knows what he’s doing. I was actually reluctant to sell him when Peter came looking,” the 67-year-old master horseman said.

Blanchard and Milne go back 30 years to the early 1990s when the former bought a horse off Milne. He has since the 2012 Washington VC gelding, Matai Valour, who went on to win 10 races here and in Australia.

More recently they bought Matai Geordie, who won three of his 12 starts in New Zealand and then four from six in Western Australia.

“Peter has bought several horses off me over the years. He’s a good friend and we’ve built up a close association. He does a great job with our horses. I was delighted to see ‘Louis’ win for him the other night.

“Matai Louis is a full brother to Matai Geordie. When Peter wanted to buy ‘Louis’ I tried to talk him out of it saying he was too big. I told him to give me six weeks to see if I could get him to a sellable proposition.

“I wanted to see if it was worthwhile Peter taking him, but Peter bought him as an early 2-year-old merely on type. I’m just so pleased he won for the two Peters, because I thought being a huge horse he might need more time,” Milne said.

Matai Louis has now had three wins, three placings and earned $23,355 from his 13 starts. Peter Ferguson drove the bay in his two previous wins.

He is the sixth of nine foals out of the 2003 Christian Cullen – Matai Gigi (B G Bunny) two-win mare, Matai Princess.

“Matai Geordie is probably the best horse from the mare so far. He is by Washington VC also, simply because we had a share in that stallion. The mare has also left us a 3-year-old Terror To Love colt named Matai Harry, who has had one start.

He said he has also had the mare served by Ultimate Machete, Ultimate Sniper, and Vincent.

“She was carrying twins to Ultimate Machete and one embryo was squashed which resulted in her losing the other one. Sadly, no weanling.

“I was really excited that Ultimate Sniper was offered as a replacement to Ultimate Machete. However due to issues with the stallion ‘Princess” did not get in foal, and was then served by Vincent,” Milne said.

He said he enjoyed breeding and carrying on his late father’s breeding dynasty.

“Once upon a time we used to breed them to race them, but these days it’s a case of having to sell. Dad died in 2011 and Matai Princess was the first ‘Matai’ that I bred from.

“As for Dad, well it all started in the early 1960s when he used to help out Adam Hunter. Adam said to Dad chose two young fillies he could race and later breed from.

“I chose the 1960 Flying Song one-win mare, Matai Song. She left Dad six foals, the first of them being the three-win mare Wai Matai, and the last foal was probably the best horse he bred – the 1975 Frosty Dream colt, Matai Dreamer, who won 17 races, including the Kindergarten Stakes (1978), the Forbury Park 4yo and 5yo Championship (1980) and the Great Northern Derby (1979).

“Dad loved winning the ‘Kindergarten’. He won that a few times. He also loved venturing north and so did I. Some of our horses went better the Auckland-way-around,” Milne said.

He said his first winner was Auburn Brett (the 1977 Knowing Bret – Kate Louis), who won four races before starting in the Great Northern Derby.

“I was trying to emulate my father, who won the Northern Derby in 1979 with Armbro Wings and then Matai Dreamer the following year.

“I have also driven 448 winners ($2.5m), but my passion is breeding, and I always look forward to breeding my next winner,” the Southland legend said.

Milne has made an impact on Blanchard’s training partner and son, Vaughan.

“Alex does a great job with his horses before they come north. Alex and his wife Karen are awesome people, and they deserve a lot of the accolades for breeding such nice horses.

“Personally, I think Matai Geordie and Micki Noel were the best two we’ve had from Alex. Like Alex said, this fella (Matai Louis) is a big horse and I feel he’s still on the improve,” Blanchard said.