A non-descript filly has turned into a broodmare gem for Canterbury breeders David and Sylvia Thompson.

Happy Ticker (Bettor’s Delight) has had a big winter with both of her foals of racing age saluting at different ends of the country.

American Eyretime (Tintin In America-Happy Ticker-Bettor’s Delight) has been a revelation since moving to Craig Ferguson’s Wyndham barn. 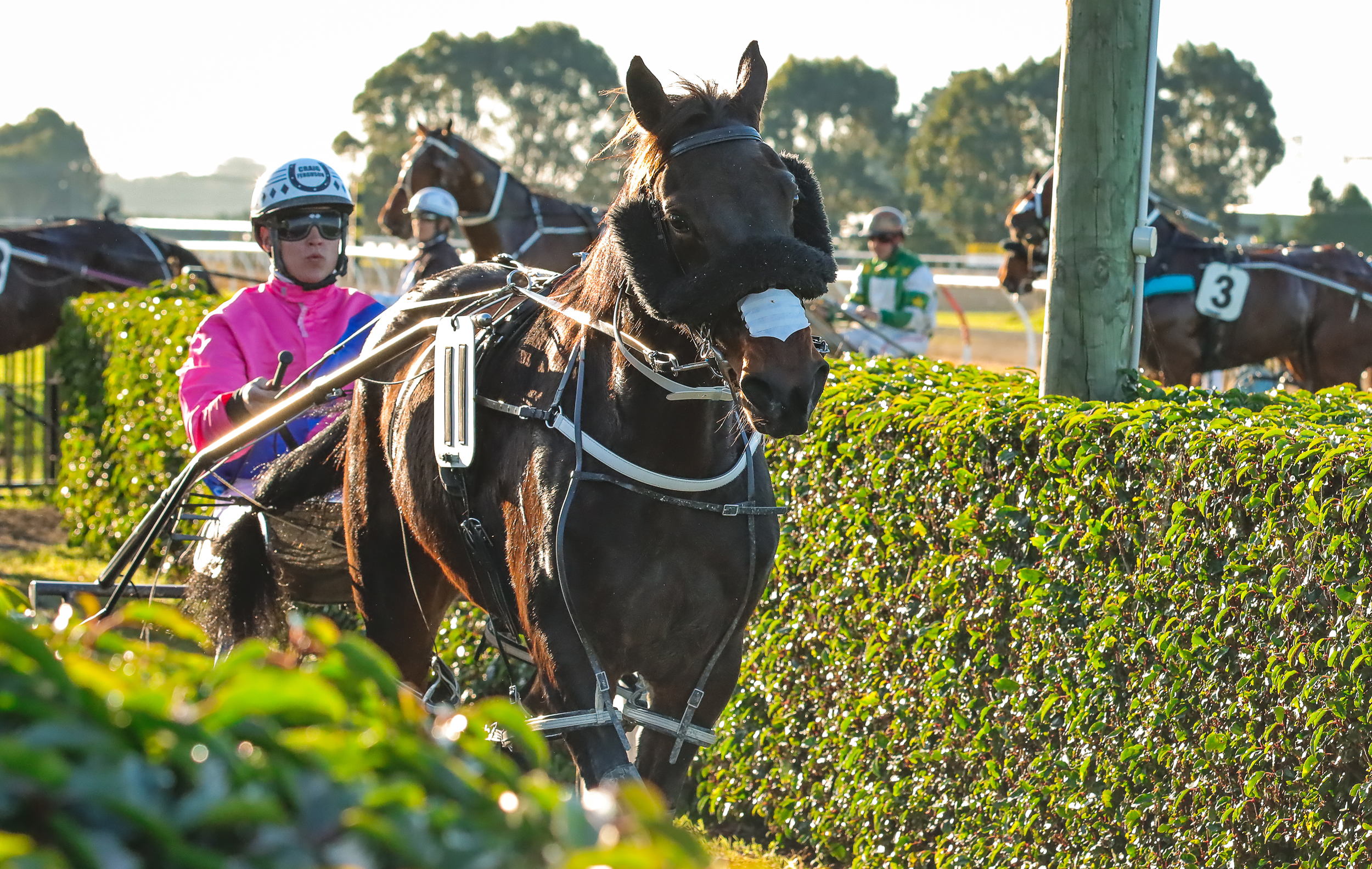 Beaten just once in five starts this time in, the five-year-old capped a highly impressive run when winning the highest rated of the four $30,000 Winter Series Finals at Wyndham earlier this month.

It is form that Happy Ticker didn’t look capable of in her younger years.

But she has certainly found her purpose in the broodmare barn.

“She was only small, she showed enough ability to win a race but it was going to take a while,” David Thompson said.

“We gave her a few starts but retired her pretty quickly.”

“American Eyretime is her first foal, I am not sure what her stats were but she looked pretty good in her trials and got the attention of a few buyers.”

“The Symons ended up buying her.”

“She has been doing a great job for them.”

“Our man, Al, who comes around to visit us keeps us up to date with everything she is doing.”

“It has been great.”

American Eyretime is raced by Invercargill owners Robert and Sharyn Symon, who have purchased a number of horses directly from breeders and owners out of trials and workouts.

The mare showed ability, winning once and racking up 16 placings, as well as starting in a Southland Oaks Final for previous trainer Brett Gray.

American Eyretime was moved to Ferguson’s barn to take advantage of swimming training in the Wyndham equine pool due to soreness issues.

Happy Ticker has had just one more foal hit the racetrack in Ticking Over (Changeover-Happy Ticker-Bettor’s Delight).

The pacer notched the fifth win of his career when winning at Cambridge last month for trainer Scott Dickson.

Happy Ticker has also left a yearling by Always B Miki which has shown promise in her early preparations.

The mare is in foal to Captain Crunch and due to foal in the spring.

The Thompsons will decide on Happy Ticker’s next stallion, or whether she will be put back in foal later in the year.

Both Ticking Over and American Eyretime are third generation winners for the Thompsons.

David Thompson has enjoyed a successful start to 2022 with his stable thanks to the efforts of Acento (Gold Ace-Mollie Mach-Mach Three) and Ali Lindenny (The Pres-Anna Lindenny-Sundon).

The trainer’s racing team has been freshened recently but they are expected to be back at the workouts in the coming weeks.