Anything Aunty can do…

Good things can sometimes come in small packages and that was the case when two close relations won at Cambridge Raceway last Thursday evening (June 23).

They are direct descendants of the 1986 Group winning Vance Hanover mare, Assisi, who left the 2003 Sires & Welcome Stakes, and 2004 Free-For-All winner, Roman Gladiator. 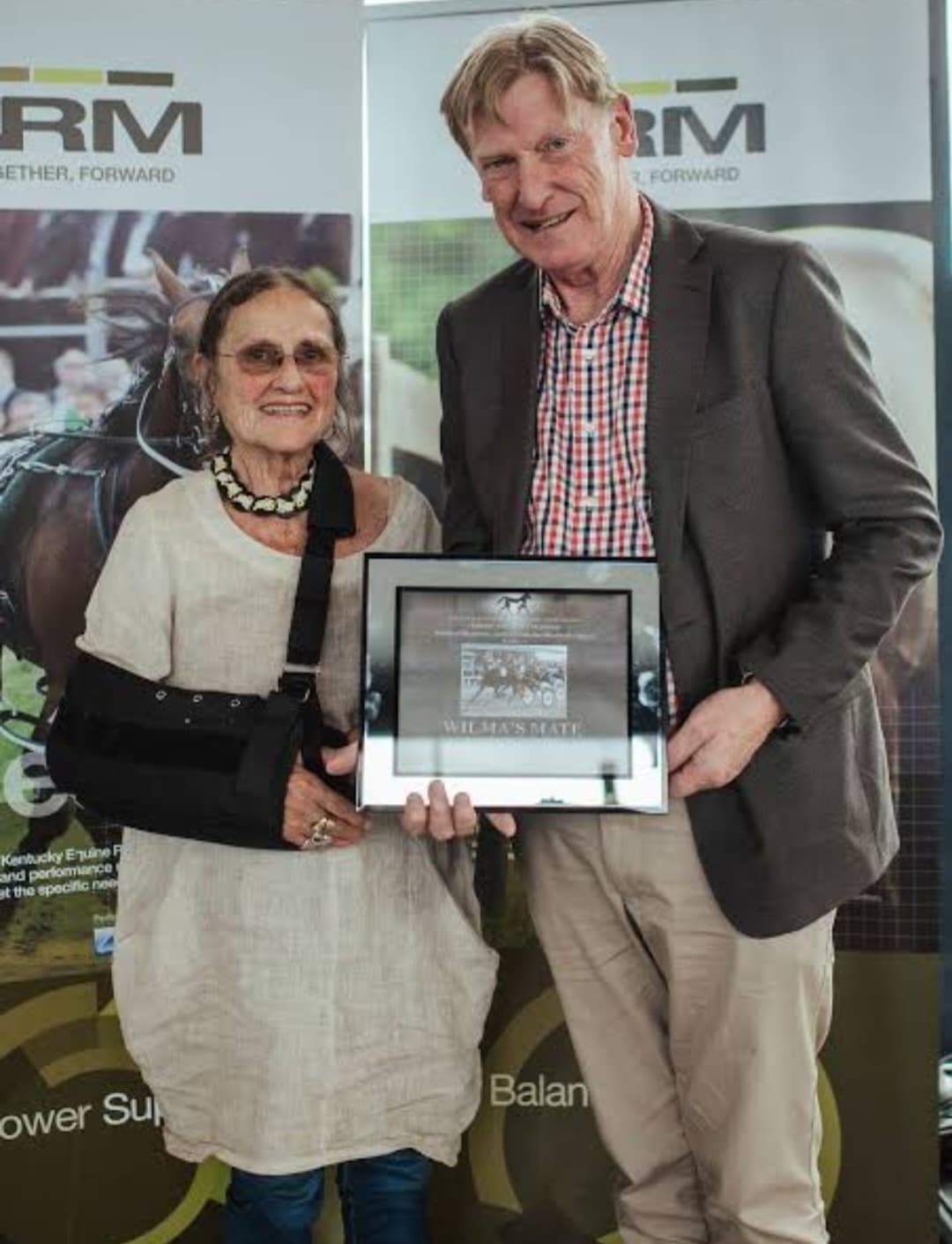 “I knew one of Assisi’s owners, Steve Shanks and through him, our breeding partner, Brian West joined my partner, Winky Foley, in the

lease of a half-sister to Roman Gladiator. Her name was Sabine (Christian Cullen – Assisi).

“She only raced a couple of times and wasn’t a big horse, but she came from a nice mare who had left a multiple Group One winner.

“I had shares in the first two foals with Brian (Studholme Bloodstock). They were Sabellian (Art Major), who won four, and Migra (Santanna Blue Chip), who never raced.

“Then together with Steve (Shanks), we bred the 2012 four-win Bettor’s delight mare, Apassionato,” Smith said.

Sylvia Kay is trained by Logan Hollis and Shane Robertson on the Franklin track, while Shane Butcher trains Sharkine, also at Pukekohe. Zac Butcher and Matthew White were the respective drivers.

“Winky and I bred Sylvia Kay, but Steve bred Sharkine on a foal-about basis. Three-year-old Art Major filly La Sabina who won a race in May in the Cran Dalgety colours, is the last horse Winky and I bred.

“We sold Sabine to Ivan Behrns because he is absolutely mad on the breed. Like Appassionato the foals are beautiful – so well put together.

“They have the best possible conformation and have a great gait, but like Sabine, Apassionato produced small foals. In fact, we called Sylvia Kay ‘Peanut’ because she is tiny.

“One of the main reasons we sold out of the breed was the fact that many of the foals were too small to be competitive racehorses.

“Peter Miller had bred a couple more from Apassionato – both to Always Be Miki. I hope they have some size about them.  She’s a lovely well-put together horse,” Smith said.

Sharkine’s owner/trainer, Shane Butcher agreed saying Sharkine was a small mare, but what she lacked in size she made up for it with her heart.

Sharkine is the seventh of eight foals bred by Kahukuri Bloodstock, Shanks, and his partner, M.A. Scown.

Smith said he wished owner Logan Hollis all the best with Sylvia Kay.

“I think she will win more races merely because she tries so hard.”

Smith is a consultant lawyer in Kumeu. He goes into the Henderson office most days, but works shorter and doesn’t have the responsibilities of owning the firm.

He and his partner Winky set up Kahukuri Bloodstock in the early 1980s. The Farm was named after the land that they live on.

He said the first horse he bred was from the 1982 Mercedes mare, Belle Jane (1982 Mercedes – Birdie’s Belle). We are still breeding from that line.

He said the best horse he had bred was the 2012 Elsu – Exposay (Dream Away) brown gelding, El Jacko. Winky and West also shared in the breeding.

“We sold the multiple Group winning trotter Temporale at the Yearling Sales, and we also bred and sold another Group One winner in Wilma’s Mate,” he added.

“We are also trying some young trotters with Arna Donnelly – one by Majestic Son and two by Love You.

Smith and Foley were bestowed with the ‘Outstanding Contribution to Harness Racing’ award at the 2019 Always B Miki Alabar / Nevele R Stud Awards.

“We couldn’t think of a more deserving man. Someone who has given so much to the industry through committees, pro bono legal work, breeding and passion,” a spokesperson from that Awards Ceremony said.

For the record… Kahu kuri were the war cloaks of chiefs. They were made from the prized hide and hair of the kuri, a Pacific breed of dog. Maori greatly valued these dogs, which the first settlers brought to Aotearoa (New Zealand) 800 or 900 years ago. They used them for hunting, as pets, and as a source of food and pelts for chiefs.