We are thrilled to announce that the New Zealand all-comers trotting record holder, Marcoola, will be joining Nevele R’s stallion line-up in 2020. 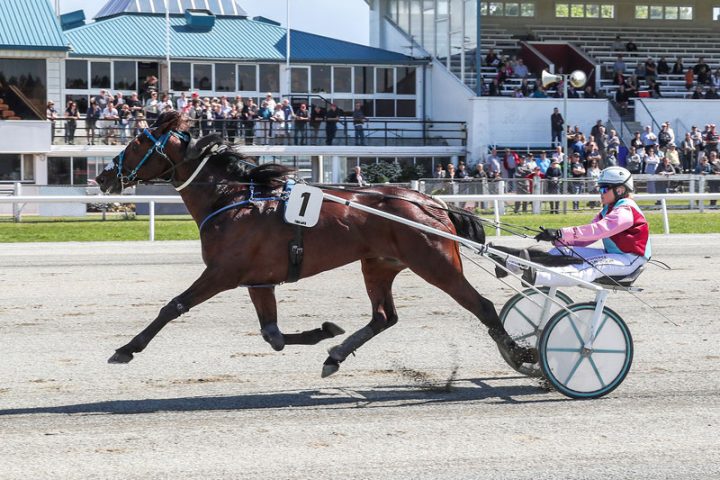 An outstanding stallion prospect, Marcoola is both the fastest and richest entire son of New Zealand’s greatest ever trotting stallion Sundon.

The 2016 New Zealand Three-Year-Old Trotting Colt of the Year, Marcoola dominated his age group (which included the likes of Temporale, Lemond, High Gait and Wilma’s Mate), winning seven consecutive races, including the New Zealand Trotting Derby in which he set a New Zealand record that still stands, the Northern Trotting Derby and the Sires Stakes Trotters Championship.

As he did at three and then throughout his career, Marcoola displayed a scintillating turn of foot and an incredible ability to sustain that high speed over a long distance that few if any other homegrown trotters could match when he was on song.

After equalling the national all-comers record in the 2018 Ashburton Trotters Flying Mile Marcoola went on to smash it twelve months later with a scorching 1:53.8 win in the same race, trotting his last half, untouched, in a staggering 55.7 seconds.

His twelve and a half-length rout over a classy field that day left square-gaiters the likes of the subsequent Inter Dominion Final winner Winterfell and the reigning Trotter of the Year Sundees Sun in his wake and it was by some lengths the biggest winning margin ever recorded in the race’s thirty year history.

Those traits of speed, power and stamina were equally on display in his memorable Group One Dominion Handicap win at Addington Raceway on Show Day in 2018.

Making his move 800 metres out from home in the two-mile race, Marcoola swept past the field like they were standing still and just kept on rolling right to the line for a bullish four length win.

Marcoola also claimed dominant Group race wins in the Cambridge Trotters Flying Mile, by a race record margin of eleven and three-quarter lengths, and the Lyell Creek Stakes, again by a distance, and all up won sixteen races and $521,321 in stakes.

Superbly bred, he is by the sixteen time champion New Zealand Trotting Sire of the Year Sundon from a maternal family that has produced three Dominion Handicap winners in the first three generations, New Zealand’s greatest ever trotter Lyell Creek (56 wins $2,961,137) and one of the country’s best ever three-year-old fillies in the brilliant but ill-fated New Zealand Trotter of the Year, Kahdon (5 wins $141,984).

“When he was in the zone, he was nigh on unbeatable, as you saw in his stunning Dominion Handicap victory.”

Marcoola stands his debut season at an introductory fee of $2,500 plus GST for New Zealand breeders.