An unswerving faith in American bloodlines has paved the way for the success of the boom New Zealand-bred, Victorian owned and trained square-gaiter Credit Master. 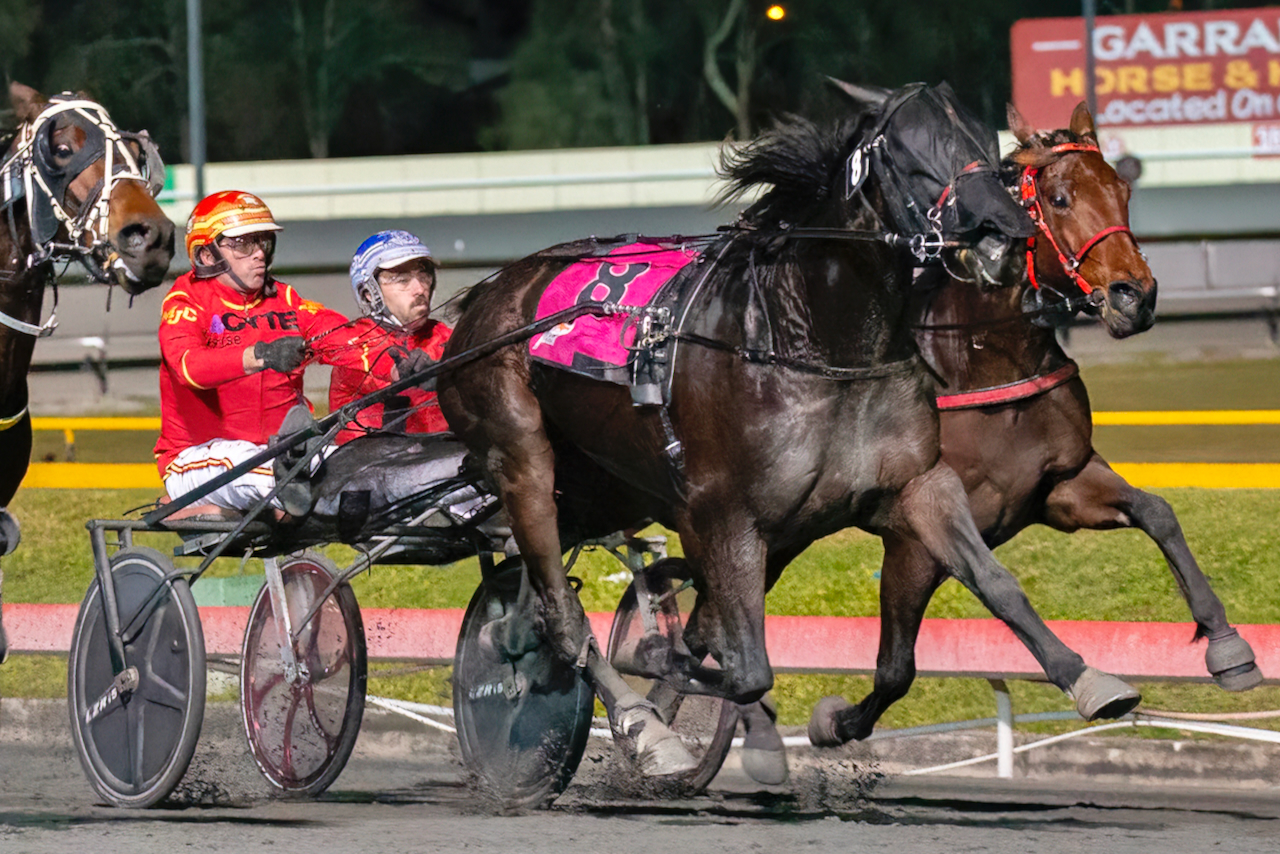 The eight-year-old Muscle Mass gelding, bought by clients of Matt Craven’s Terang stable in January, gave a further sample of his class when he outgunned a top field in the Group 2 $31,160 Trotters Sprint at Albion Park recently.

It was his third success at Group level from six starts on Australian soil. At his previous start he disposed of Temporale, Nephew Of Sunoko and others in the Uncle Petrika Free-for-all at Melton, and before that he downed a class field in the Group 1 Trotters Mile in a career-best 1:53.1 at Menangle.

Credit Master was bred by the Melbourne-based Arcadia Harness Racing Group, who have imported a number of well bred American trotting mares over the past 15 years.

“We pick out the mares and look at their performance and pedigree relatives in America and they were bought through Paul Davies in NZ,” Max Grant, who, along with wife Janet, conduct the Arcadia Group, said.

“Most of our mares are based in NZ but we now have a few in Victoria as well.”

“Credit Master is easily the best horse we’ve ever bred.”

He is out of the Credit Winner mare Jessica’s Credit, a sister to the Stakes winner Frank The Hands 1:57.2 ($322,938) and a member of the same family as the Dexter Cup winner Armbro Ogden and the former smart American colt pacer and sire Homesick.

Credit Master is the second of eight foals left by Jessica’s Credit who is also the dam of Miss Jessica (2 wins to date).

“She’s had no luck at the stud. Three of her progeny have died in paddock accidents,” Max Grant said.

“She’s currently in foal to Creatine.”

One of Jessica Credit’s daughters in Lady Jessica (by Muscle Hill), who showed marked ability before suffering a leg injury, is now being bred from by the Grant’s in Victoria.