Skip to content
Carlton getting every opportunity at stud

Carlton getting every opportunity at stud

The saying goes that the best things in life are free, so Carlton must deserve consideration by trotting breeders in the upcoming breeding season.

By Dream Vacation from Love You mare Another Love, the five-year-old stallion will stand his third season at stud at Wai Eyre Farm in 2022.

Carlton was a debut winner at two before his racing career was cut short because of a foot issue.

Co-trainer Greg Hope had such a high opinion of the horse he wanted to give him his chance at stud.

With no service fee to be paid and only a small semen collection fee charged, Carlton must rate a tempting choice for anyone looking for an affordable trotting stallion.

“He had immense ability,” Hope said. 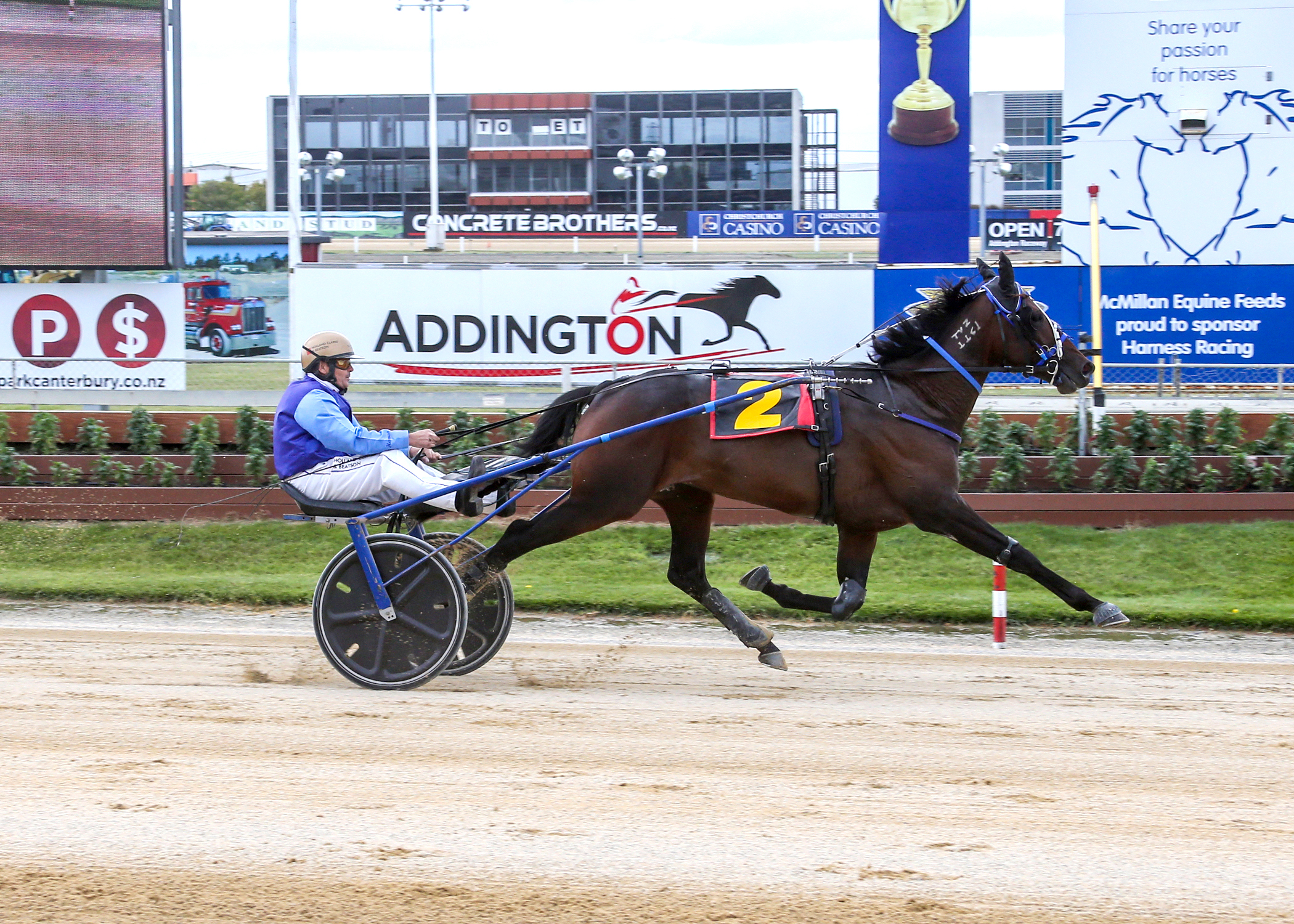 “He is out of a full sister to Enghien and Enghien obviously nearly won everything as a two and three-year-old and was a very precocious young horse.

“This fellow, I said to the owners  was as good as Enghien and I couldn’t believe we had another horse as good so soon.”

“He won his first race and then he ended up getting sore in a foot.”

“We tried everything and ended up sending him to Massey University and they found a problem with his navicular bone in his foot.”

“We think that he must have stood on something, more or less after he won his first start.”

“The syndicate that owned him didn’t really want to go into the breeding side of it, so I ended up taking over the ownership.”

“We have had a lot of nice colts over the years but this is the first one that we wanted to give a go at stud.”

“He is well bred, Another Love has done a great job, all of her first four foals are winners.”

“When we bought him Carl (Middleton) told us she was a really good mare.”

“We just want him to get the best chance possible and get him as many mares as possible, which is why there is no service fee.”

It is a case of so far, so good for the rookie sire.

“The foals that I have seen are good looking like himself.”

“He is a very good looking horse.”

“He got 19 mares last year and they are a really nice book of mares.”

“Jim and James Geddes sent four to him and they were all from good families.”

“If he is ever going to leave them he has got good enough mares to do it.”

Hope and Wai Eyre Farm have been reasonably quiet as far as promotion of Carlton goes.

But that will change ahead of the upcoming breeding season.

“We haven’t advertised him yet, it has been only through word of mouth so far.”

“But we are going to advertise him this year because he deserves his chance.”

Bookings to Carlton can be made through Wai Eyre Farm.