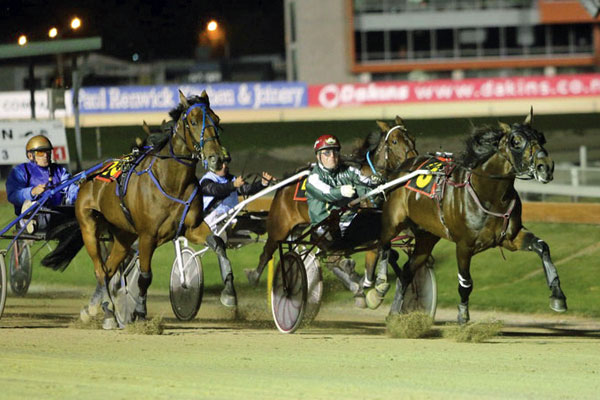 A winner at 2YO through to winning as an 8YO in the United States, Speeding Spur took no prisoners on his way to making over $1.3 million on the racetrack.

No trotting stallion bred ‘Down Under’ can claim to have such serious stamina, a stunning desire to win and beat up so many great names on the racetrack.

Speeding Spur stands his second season at stud this season, following a great start in Australia and New Zealand in 2020.

Speeding Spur is highly fertile and presents a great opportunity for breeders to breed to a stallion that they watched race and with the additional benefit of fresh and not frozen semen!

It is also a great option for local Victorian breeders to support a stallion whose progeny will race for a $12,000 bonus!

Woodlands Stud continues its outstanding relationship with the newly rebranded Llowalong Farms formerly Northern Rivers Equine, who are the future of standardbred breeding in Victoria.

Speeding Spur’s service fee will be $3300 GST INC in Australia and $2,500 + GST in New Zealand, with normal discounts applying.

Speeding Spur is clearly the stallion, the trotting brethren have been looking for in Australia.

All inquiries for bookings to Speeding Spur please contact the following: