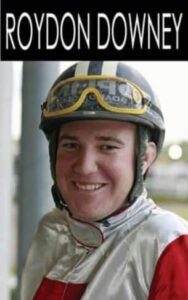 Errol Downey, The much-liked horseman was 68 when he passed away in a car accident. However, he still managed to breed another winner from heaven, when his namesake, Errol D (Angus Hall – Sanchipola), and Todd Mitchell, won the third race – the $14,000 Handicap Trot.

Errol D was the second last foal that Downey bred out of his beloved Pine Chip – Sanchiola) mare.

“We sold Errol D at the 2018 Yearling Sales. It was a matter of tying loose ends up after Dad died, and I think we got about $7,000 for him. I was real pleased to see him win because it brought back a lot of happy memories.

“I miss Dad a lot. He was my inspiration and taught me everything about horses. I’m doing my best to carry on his memory through the horses. It’s still very raw. It seems like he only left us yesterday,” said Downey’s Kumeu-based son, Roydon.

“He was a great man and an even better Dad,” he added.

“I just want to thank Michelle and Bernie for changing the name from Sanpineangus to Errol D, the name also coincides with Errol D. Wallis – Michelle’s late father’s name. It’s a real fitting name for this horse. Both would have been smiling down on him I’m sure,” Downey said.

The 5-year-old Angus Hall gelding has now won two of his 19 starts and placed in six others ($29,106) since finishing second on debut at Alexandra Park on November 13, 2020. He nailed his maiden win at the same venue on October 22 last year.

Downey said his father retired Sanchipola from racing in September 2009 after registering eight wins ($57,862). He then put her to Love You in 2014 after the mare missed to Monarchy in 2009 and then had no return to Love You in 2012.

“The first foal out of the mare was a 2014 Love You colt named San Juan Amour. He qualified well but had a bad heart. We did the best by him and gave him away as a hack,” 34-year-old Downey said.

Errol D was foal two and then came the 2017 Love You filly named Sans Au Revoir, who has finished third, second, second, and fourth at four trials and workouts.

“She qualified in 2:12.5 which was similar to the first foal. She’s in work now and is progressing nicely now that she is four. She’s due another trial soon,” Downey said.

The last and fourth foal out of Sanchipola is a Wishing Stone yearling colt named Santapazienza.

“He looks like a promising wee trotter as well. I really like the breed and want to carry it on for Dad.

“I put her to What The Hill this season but she missed. I’ll probably go back to him again next year. The mare is 19 now so won’t be able to have too many more. She means a lot to me,” Downey said.

The Errol Downey trained Sanchipola won her last race in the hands of Roydon at Alexandra Park on January 31, 2009.

“Yes, I remember that race. Any win I had for Dad was extra special,” Downey stressed.

A sentimental favourite of Downey Senior, Sanchiola was ranked second behind Pride of Petite when it came to trotting mares of her generation.

She won 15 races including the 1996 Ashburton Flying Mile, as favourite.

“She was the best horse Dad had by a long way. She was two years younger than me and I don’t remember her that well, but Dad told me she was such a tough, reliable horse. Her stake earnings of more than $100,000 ($132,734) would have been a lot more today.

“Sanchiola’s first foal – Kyvalley Road (by Lindy Lane) was a juvenile superstar in Australia. He won 20 of his 27 starts (including the Group One 2007 Victoria 3yo Trotters Derby) and more than a quarter of a million dollars,” Downey said.

“I think that was Dad’s greatest breeding feat. Sanchiola was our foundation mare and he was very proud of her first foal,” Downey said.

“Dad gave me some great advice over the years. He told me every horse was different and to really understand them you have to get inside their head.

“I think that’s why he got on with so many people. He was quite worldly and seemed to understand where everyone was coming from. He had a lot of friends. His funeral proved that,” Downey said.