If anyone deserved to win a race at Cambridge Raceway last Thursday night (April 12), it was former Makarewa, and now Ettrick breeder, Bill Keeler. 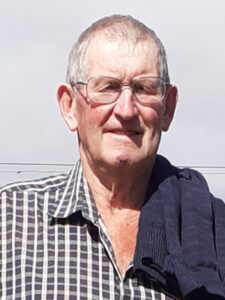 The lifetime harness racing servant, who owns Kaylea Stud, hasn’t been well in recent months, but it is going to take more than prostate cancer to keep this tough Southlander down.

In fact, it has been ‘life as usual’ for Keeler, who has been busy farming, swimming, tending to his horses and family commitments.

“I’m still ‘flat-stick’ on the tractor and I usually swim a kilometre at the swimming pool, but it is closed for the winter. I’m 68 and feel good. I’m not the type to feel sorry for myself.

“There’s no use thinking negative thoughts. I’ve got a lovely wife (Rosanne) and family, and still a few horses going around. That keeps me very busy and focussed,” Keeler said.

“I watched ‘Emma win on the TV. Actually, the race made me late for a meeting because there was a false start. That was a good morale booster. I was really proud of her and I’m so happy for the owners,” he added.

Her biggest win was in the Group Three Northern Trotting Stakes at Alexandra Park on February 26 last year. Andrew Drake did the driving that night.

The grey mare is owned by Tyler Hackett, G L Read, and D I Donaldson. Tyler’s parents Michelle Wallis and Bernie Hackett have trained Emma Frost at Waiuku for 39 of her 58 starts. Crystal Hackett (sister and daughter) did the driving.

“Phil Williamson trained her and Pat Duggan owned her when she started racing (April 2019). Then she was sold to the North Island (autumn of 2020).

“Emma Frost was a lovely 2-year-old and we sold her after being broken in by Patrick Duggan (Victoria). She is the second foal out of our former CR Commando unraced 2005 mare, Makarewa Jill, who was out of the Armbro Invasion (two-win) mare, Sherree’s Pride.

“We got Makarewa Jill off Ron Barron when he moved to town. We bred five foals out of her and then leased her on to Pat (Duggan) for two years. He has a What the Hill yearling filly, and she is in foal to Majestic Son,” Keeler said.

Makarewa Jill got in foal to Monkey Bones in 2015, and Emma Frost was the result. The mare has also left them a Royal Aspirations 2-year-old filly, who is being trained by Kirsten Barclay.

“We are now looking to downsize our acres and find new homes for Makarewa Jill and two daughters of Cath Hanover, who haven’t been bred from for a couple of years,” said Keeler, who has owned Kaylea Stud since 1983. 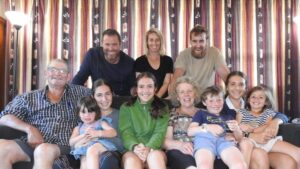 The strong-willed Southlander has produced some very nice horses over the years and was one of the first studs to use artificial insemination on his mares.

“I’ve been around a while and got many stories to tell. I was actually talking to Harness Racing New Zealand the other day and John French told me I was ‘Customer Number 7’, so I go back a wee way,” Keeler joked.

Asked what the best horses he had bred, he answered:

“I purchased his dam and her half-sister, Chatterbox, who was the dam of Nellie Dale and Cath Hanover, whose foals have won 185 races.” Keeler said.