It has been a while coming, but Fireforefiddle (He’s Watching-Shamrocks-Christian Cullen) has developed into something of a cashflow card for Tauranga breeder-owners Graham and Jill Cooney.

The towering pacer continued his brilliant winter form when digging deep in some of the worst conditions seen at Southland racetracks this season to notch his sixth career victory at Ascot Park last week.

With three of those four wins coming in his last four starts, Fireforfiddle has undoubtedly hit career best form. 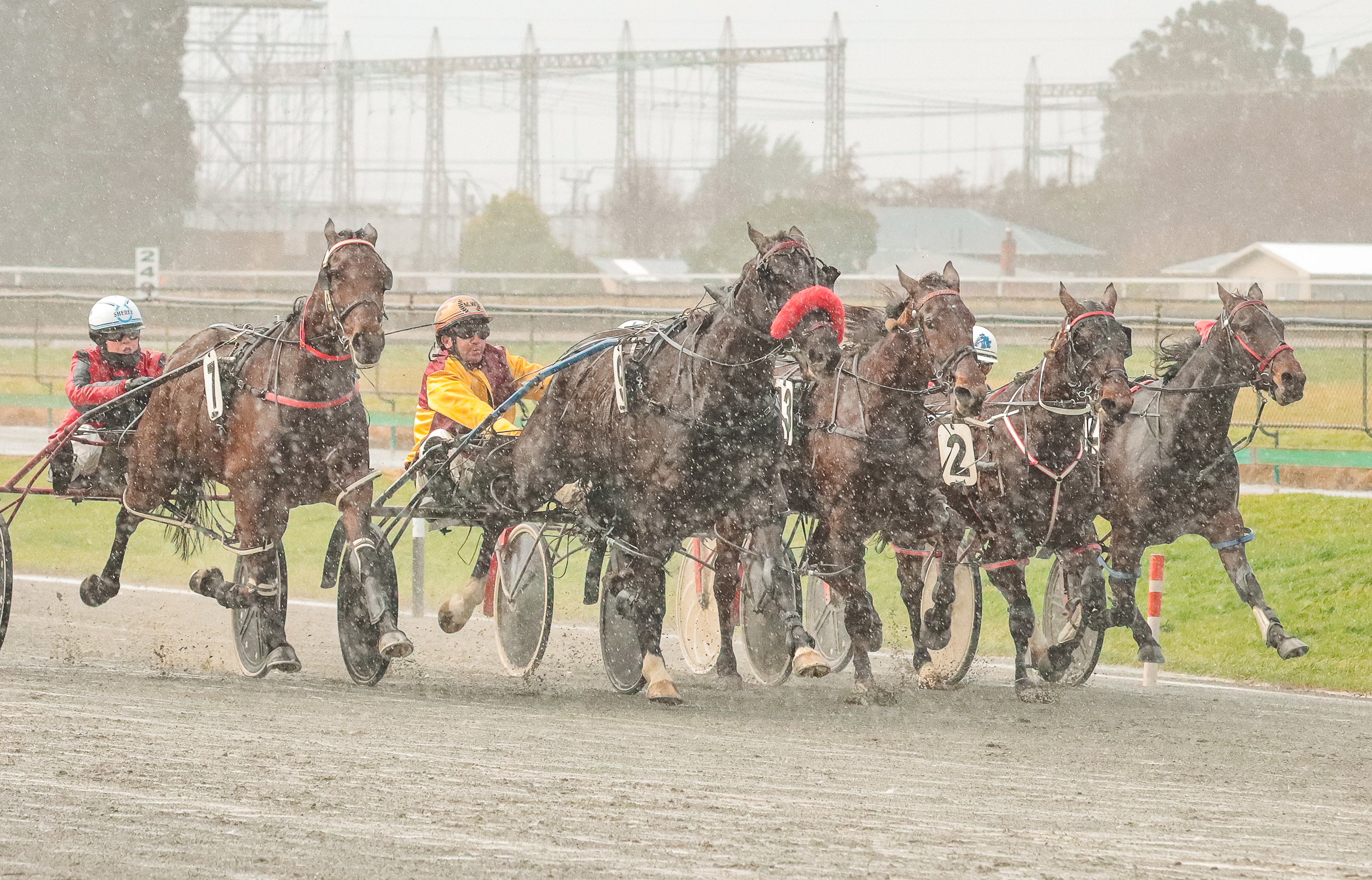 Graham Cooney puts that down to the pacer strengthening into his giant frame, as well as being driven just as he needs to be by Matthew Williamson.

“He was such a big animal that he was weak, he lacked strength and even when he got a good run he couldn’t kick on in the straight.”

“But now he has got some strength, he has always had a bit more speed than he probably looks like.”

“But he is finally building up some strength.”

“He had two other problems, he used to pull a bit when he got in behind and being such a big animal if he gets held up it takes him about half an hour to wind up again.”

“Hamish and Matty worked out he needs to run in straight lines so he doesn’t get held up.”

“And he relaxes in front.”

Fireforefiddle is from Christian Cullen mare Shamrocks, who is putting together a very tidy record at stud for the Cooneys.

She is from a breed the couple were inspired to get into by the late Derek Dynes.

“She is from a family that I got into years ago.”

“Derek Dynes used to tell me it was the best family in New Zealand.”

“Shamrocks’ great grand dam is Riviera and Derek reckoned that Robert Cameron told him she was the best mare in New Zealand in her time.”

“That is why I got into the breed, Derek used to rave about the family.”

Cooney and his wife spent their working lives in Southland, making significant contributions to the local harness racing industry.

Now they watch the several horses they have with the Hamish Hunter stable from afar after relocating to Tauranga.

Moving north has done little to slow down the Cooneys’ significant breeding and racing interests.

Those interests will expand in the breeding season with the couple to send several mares to get in foal.

“I have probably got too many mares, but the problem is you get these mares like Maidonthebeach and Tiziano and they are too good to ignore them.”

“They have been quite good racemares and they deserve their go.”

“I might ease up a wee bit, I have two sons that are really keen racing followers.”

“They are quite happy for me to breed them but I am not sure how interested they are in breeding them.”

Fireforefiddle will step out again at Wyndham in the Winter Racing Series on Thursday.

The Cooneys have another of He’s Watching’s progeny starting in Better Be Watching.