Town Echo, who won her fifth race from as many starts in Australia this campaign at Menangle last Saturday and hoisted a new lifetime mark of 1:51.9, is a four-year-old Art Major mare expected to graduate far beyond her present rating.

She is a member of an old time New Zealand family, that founded by the Berlin mare Regina  which was also represented by a winner at Albion Park in Cover Girl three days after Town Echo won. Cover Girl, an NZ Harness Million winner, was making her debut on Australian soil. 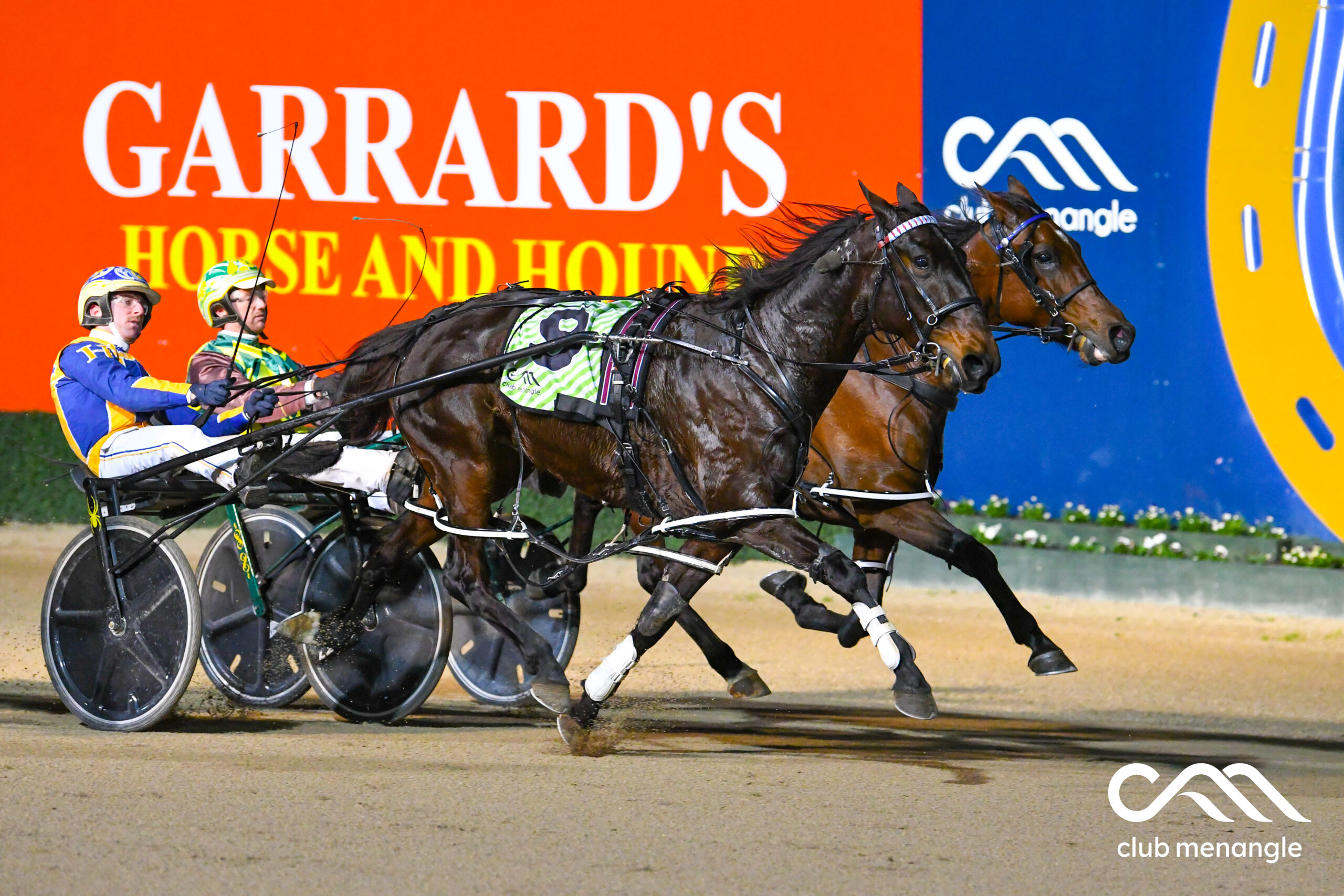 Town Echo and Cover Girl were both bred by Ohaupo horseman Sandy Yarndley, a former chairman of the NZ Standardbred Breeders Association, and his wife Jan, with Town Echo being bred in partnership with good friends Max and Judy Hunter, of Auckland.

Both trace back to the Black Globe mare Rosehaven, a good racemare who won over two miles as a three-year-old.

The Yarndley family has been breeding successfully from this line for four generations.

“My father Alan was gifted Rosehaven for a pound after she failed to breed for four years by Alex McKenzie from Invercargill,” Sandy said.

Joined to the Auckland Cup winner Scottish Command, Rosehaven produced, among others, an outstanding racemare in Black Watch, who won 14 races and $30,380 when stakes were far below their present day level.

Town Echo is out of the Bettor’s Delight mare Cordelia and is her first produce to race. Her second foal, the three-year-old Cos I Can (by Always B Miki), has won twice already including a 1:57.9 effort at Cambridge Raceway.

Cordelia, who won twice, was out of the good producer Corbie, by Vance Hanover (a leading siring son of Albatross) from Black Watch.

Corbie, the dam of seven winners including the Wellington Cup winner Agios Nikolaos, ranks as the grand-dam of Cover Girl.

The Yarndley’s are still breeding extensively from this tribe. Among their broodmare herd are Cordelia (dam of Town Echo), Sossusvlei (dam of Cover Girl), Christanna (a daughter of Lauraella), Vivacious Madonna (a half-sister to Stunin Cullen) and Veste (a daughter of Coburg).

All the daughters and granddaughters of Black Watch have left Group 1 winners.