The highly regarded Gandalf, who was unbeaten in one trial and two workouts going into his debut, justified favouritism in race 9 – the NZB Standardbred 2yo Pace.

The Captaintreacherous gelding was having his first start. He is trained by Barry Purdon & Scott Phelan and was driven by Zac Butcher. He is owned by Montana Park. 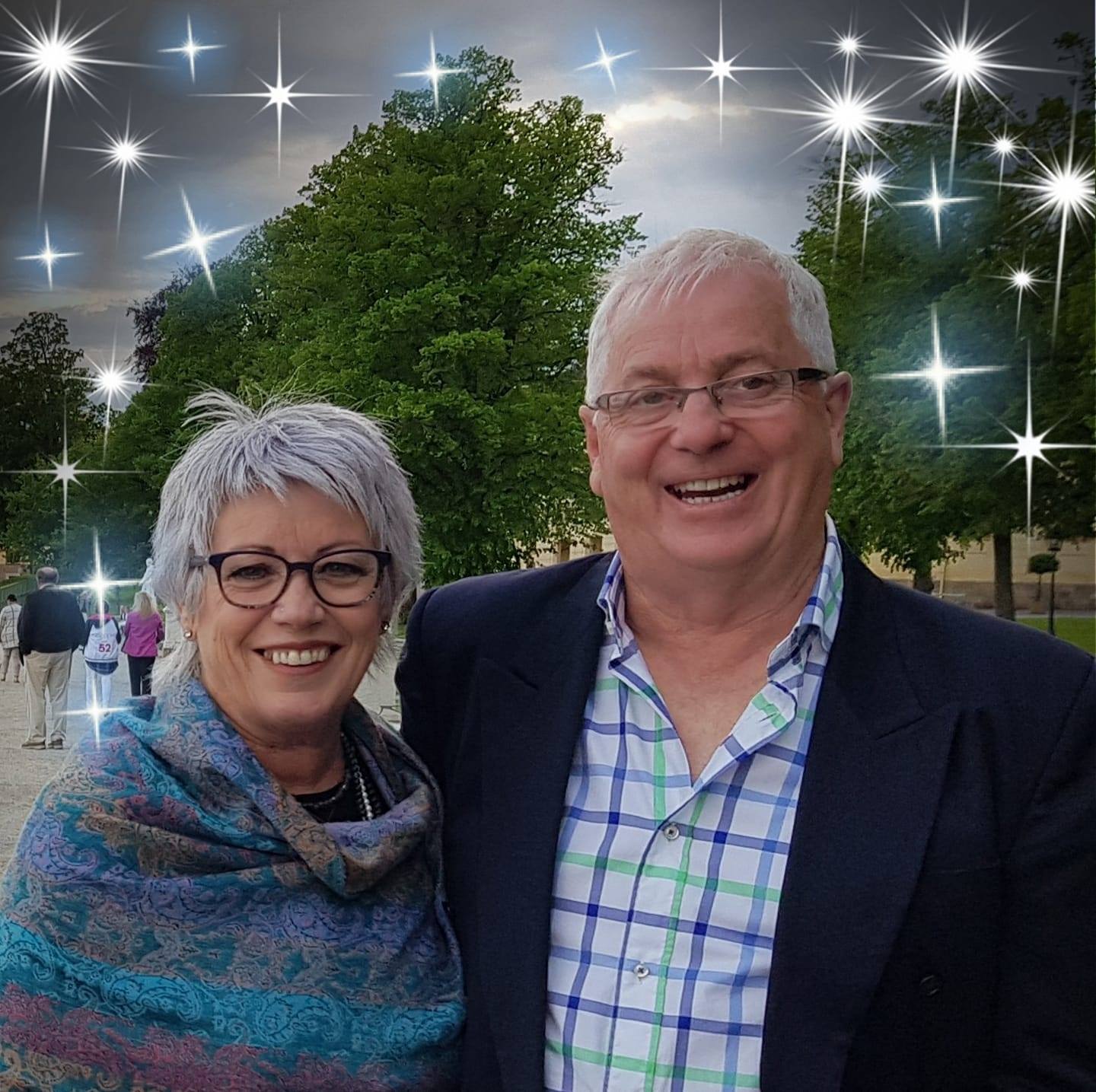 Graham Rugg and his partner Denise Peloung at the 2019 Elitlopp in Sweden. They have also attended two Hambletonians in the United States as well.

“Gandalf is the last of four foals left by his mother, Hit The Spot (Bettor’s Delight). Her first foal – the only filly she produced – died and I’ve since sold the three colts.

“I was hoping to get a filly from her to breed from but sadly Hit The Spot died in May last year and Gandalf was her last foal,” Rugg said.

Rugg set up his breeding business with two broodmares in 2016. They were pacing broodmare, Hit The Spot and trotting broodmare, Rosedorae (Muscles Yankee – Geena Hest).

“I named the business Long House Holdings Ltd after the Backpackers business I owned in Manchester Street from the late 1990s until about five years ago.

“I wanted two good mares so I could produce yearlings each year and sell them at the Sales. I thought that way I could have a profitable business for a few years and an interest in my retirement.

“They were going to be the two pacing and trotting broodmares that Long House Holdings were going to be launched upon. Sadly, they are both dead – and just when I wanted a colt, Rosedorae left five fillies since I got her in 2016,” Balcairn based Rugg said.

“Hit The Spot, who won four races, is the first foal out of the 2001 maiden Christian Cullen mare, Tuapeka Christa.

“Hit The Spot’s first foal – the 2016 Somebeachsomewhere filly, was Longhouse’s first endeavour and sadly she ploughed through a fence when she was being prepared for the yearling sales and knocked herself out. She never recovered.

“A year after she was born, her full brother, Hit The Beach, came into the world in November 2017. I sold him at the Yearling Sales to Ricky Alfeld. He’s racing at the moment and has placed three times from 12 starts.”

Then on November 11, 2019, Hit The Spot left her Captaintreacherous gelding, Gandalf.

“Peter Lagan rang me up and made me an offer, which I say yes to. They then sold Gandalf at the yearling sales. He’s a lovely horse and we all made money on him.

“I have no regrets selling him and wish the owners every bit of success. I got a big thrill watching him win the other night. He’s above average and should go on with it,” Rugg said.

“I’m just gutted I can’t breed on from Hit The Spot. She was a grand mare, who died too soon at just 12. She slipped to Aways B Miki and then lost her life in a paddock accident while in foal to Captain Crunch,” Rugg said.

But all is not lost.

After a bit of homework Rugg has managed to track down Hit The Spot’s family.

“I found out that Hit The Spot’s full sister, the one-win 2010 Bettor’s Delight – Tuapeka Christa mare Tuapeka Toff, is still breeding. She has left a weanling, yearling and 2-year (Toff’s Lad) – all by Net Ten EOM, and all colts.

“I have arranged to have her served by Fear The Dragon. I would like to support Brent McIntyre at Macca Lodge as well. I’m just so grateful that I can get back into the breed,” Rugg said.

His trotting mare, Rosedorae left four foals for Smith before Rugg bred Love Rose (by Love You) from her in 2017. That mare had also left the 2013 seven-win gelding, BD Khaosan. That 8-year-old son of Angus Hall has since won another five races ($115,116) in Queensland.

“I sold Love Rose to Tom Bagrie and she has so far won two of her 10 starts. A year after she was born the mare produced a Father Patrick filly named True Confessions.

“Tom also bought her. She sold at the 2020 Yearling Sales. That 3-year-old filly won her qualifying trial at Rangiora on April 20.”

“It’s encouraging to have a Marcoola foal, but I desperately wanted a colt after five fillies in a row. Rosedorae also left us a yearling Volstead filly, which was passed in at the yearling sales, and I have had her broken in by Robert Anderson, named Speakeasy, and a 2-year-old Father Patrick filly named Spiritinthesky.

“Kevin Townley qualified Spiritinthesky at Rangiora on April 20, so all is not lost. I’m really looking forward to racing and breeding my first ever 2-year-old. So now rather than breeding and selling I am breeding and racing, which isn’t the end of the world,” the ever positive Rugg said.