Skip to content
Grant Crabbe reflects on the great Shartin

Shartin’s breeder Grant Crabbe is “over the moon” with the decision to retire the 2019 USA Horse of the year. 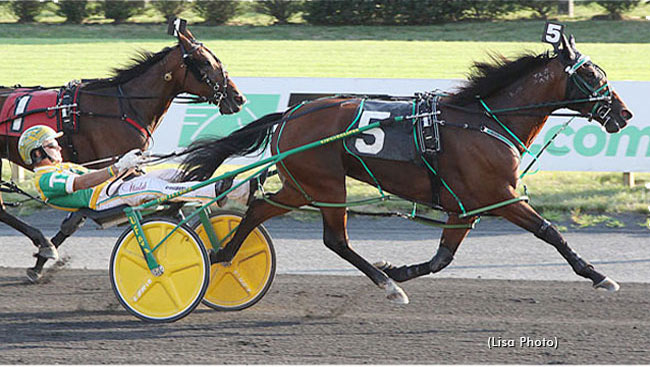 After winning 46 races and nearly $4m the seven-year-old has been sold to Indiana-based Kountry Lane Standardbreds where she will start her career as a broodmare.

“She has had some quarter cracks in her foot that may have slowed her up and that may have played a part in the decision  but she’s done it all and I’m over the moon with how it’s gone.

“I feel very lucky that everything fell into place with her.”

Crabbe bred the mare (Tintin in America – Bagdarin) and after winning a trial at Ashburton she was sold to Australia before going to the United States, where she won 15 from 19 in 2019 on her way to being named Dan Patch Horse of the Year.  She had 20 winning miles in 1:50 or better with her best being a world record 1:46.4 at the Meadowlands.

“I would have watched 99 per cent of her races,” says Crabbe, “there can’t be many horses who have done what she has done.”

“I sell horses if they are good and part of the gratification is them going well for the next person.”

Crabbe says he knew from the time she was broken in that she was “special”.

“But she has exceeded all expectations.”

He agrees that while Shartin was a once in a lifetime horses that doesn’t stop him hoping another champion could be just another the corner.

The 67-year-old has seven horses on his Prebbleton property near Christchurch ,  including a Gold Ace filly to Bagdarin  named Stunner and a two-year-old filly  by A Rocknroll Dance out of Pure Opulence called Lamarli.

Now Crabbe can’t wait to see what Shartin produces off the track. She will be bred to two-time USA pacer of the year Captaintreacherous and two-time New Zealand Cup winner Lazarus.

“It’s like she’s gone full circle and we have her progeny to look forward to.”