Deserved is how breeder Brad Reid described Bolt For Brilliance being crowned an open class Group One winner with his epic win in the Rowe Cup.

Bolt For Brilliance (Muscle Hill-Toomuch To Do-Britewell) produced pure staying power to down his star rival Sundees Son, with a brilliant front-running drive from trainer Tony Herlihy helping his cause. 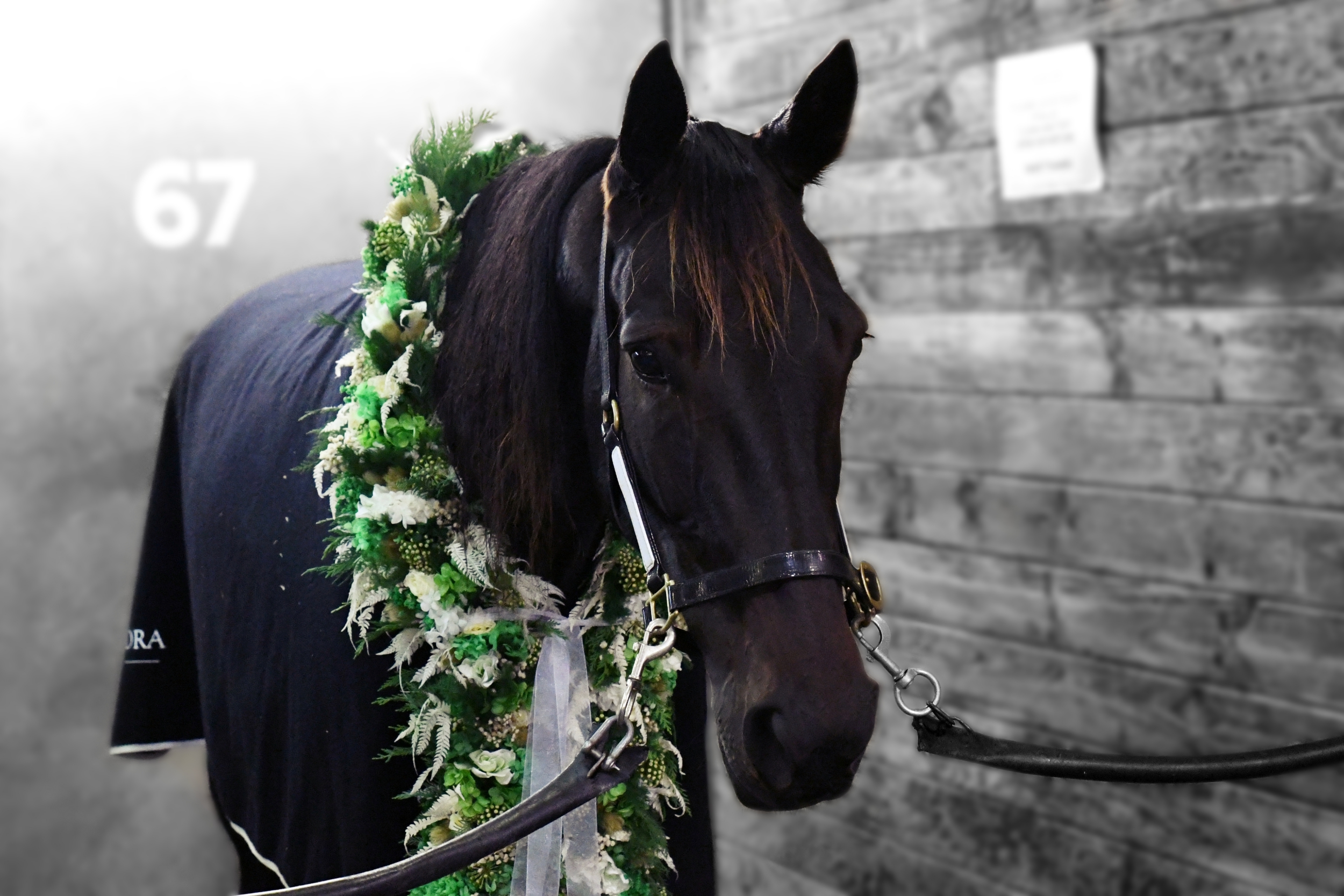 After chasing the recently crowned New Zealand Horse Of The Year in big races over the past twelve months, which have arguably been the most exciting across all of the harness racing’s age groups and categories, Reid was delighted that Bolt For Brilliance and Herlihy were rewarded with one of trotting’s biggest prizes.

“I am more happy for the horse and the owners and Tony,” Reid said.

“He has won two age group Group Ones and as good as he has been over the last 18 months taking the leap to Open Class, you are ultimately judged on your performances at the highest level.”

“Tony and Bolt have never shied away from chasing ‘Sunny’ who is a generational talent as we all know. The times Sundees Son can trot are unreal and for Bolt to beat him at his own game around Alexandra Park must have been pretty satisfying for the connections.

“Plus, the training effort from Tony, everyone talks about how good of a driver he is, and it was an awesome front running steer. But Tony has driven 3600 winners for a reason, and all things being equal he can rate them like that in his sleep.

“Most people, including me, assumed it might be his grand final last week, so to get him to see out a strong 3200m, wow: I think it flies under the radar a wee bit just how good of a trainer Tony is to have him ready to drive him like that in the first place.”

Friday night’s Rowe Cup victory continued a brilliant ride for the entire Bolt For Brilliance crew, which started with Reid breeding the trotter after borrowing his dam, Interdominion heat winner, Toomuch To Do, from Tracey Healy.

Part of what made Toomuch To Do an attractive breeding proposition for Reid was the mare’s race record at a time when the Open Class trotting ranks were incredibly deep.

It just happens to include an outstanding performance in the Rowe Cup.

“The mare ran fourth in the Rowe Cup back when Inspire won it (2006) and she was only a length off them and probably the run of the race.”

“She also won an Interdominion heat (2005) and beat Lyell Creek, she broke the national 1700m record that night. The motor was always there, and it was those two runs that ultimately gave me confidence she was worth a chance, despite her age at the time.”

Healy has bred two foals from Toomuch To Do, firstly a Creatine colt who is now a two-year-old.

The mare also left a What The Hill filly last spring.

“I am really thrilled that Tracey got a What The Hill filly out of the mare last year, so that she has something to go on with.”

“She deserves a bit of success having had the foresight to take a punt and acquire Toomuch To Do from a mixed sale.” 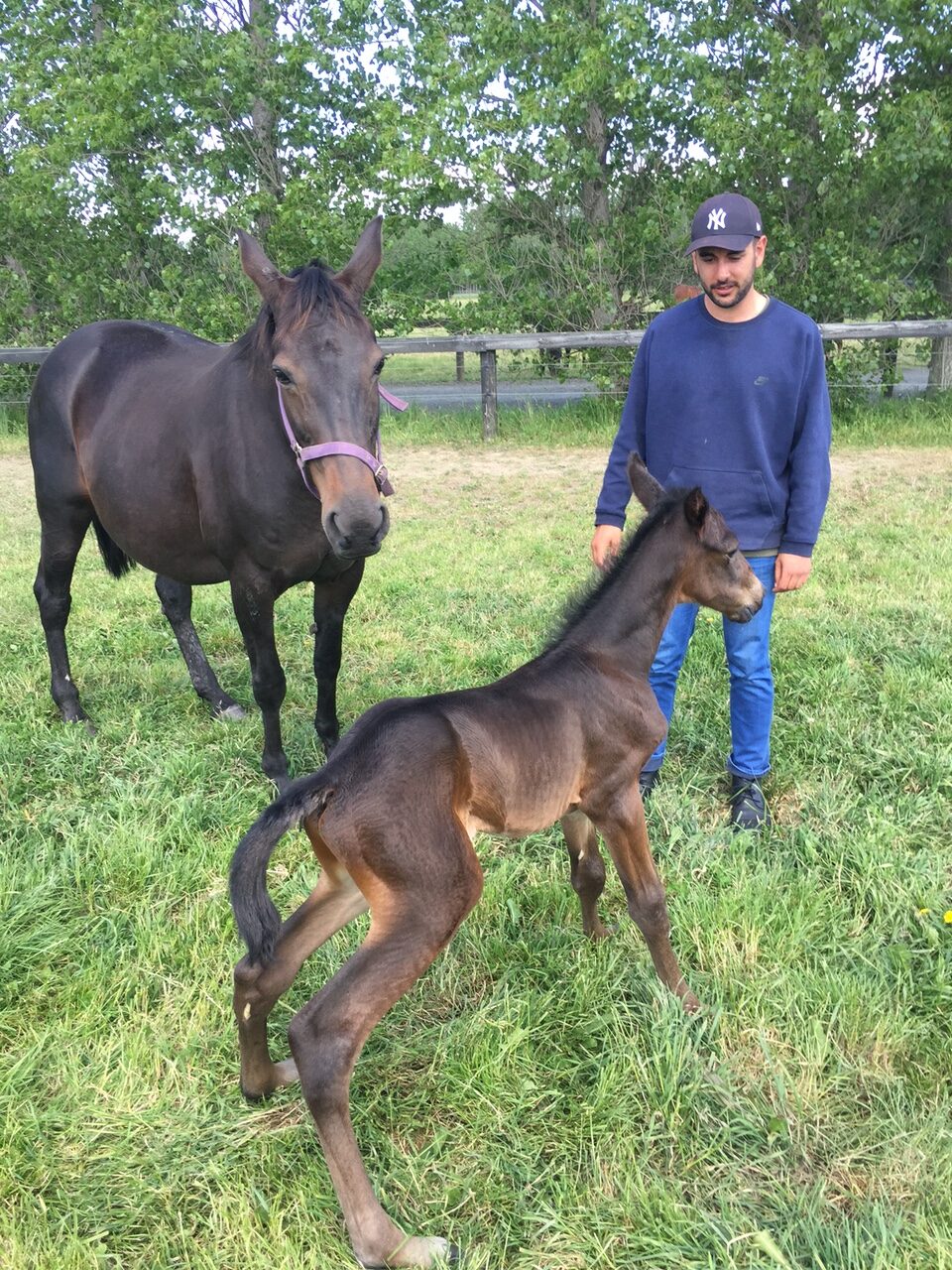 Toomuch To Do, Brad and Bolt For Brilliance the day he was born, 9 Nov 2016 at Dancingonmoonlight

Though Reid, who works as Harness Racing New Zealand’s Breeding Manager, is a fan of both gaits, he admitted as far as his own interests go that breeding trotters is his main focus.

A strong result at this year’s yearling sales, selling an American Ideal colt from the well-performed Classical has helped the Cantabrian expand his breeding interests.

“I purchased a Muscle Hill filly from Regal Petite off Gavelhouse.”

“She was bought as a broodmare only, but we got her scanned up by Sam Taylor and she is fully sound. She has just completed six weeks of slow work with Tom Bagrie and she’s now just started fast work.”

“I have got another Muscle Hill, a daughter of Anreca Hest, called Muscle Girl. She is a half to The Fiery Ginga and she is in foal to Bold Eagle.”

“Tom and I have also done a deal with Trevor Casey to put Pocaro in foal to Bold Eagle.”

“Then at the other end of the spectrum, with a friend of mine Gregor Mackintosh who races Chief Of Staff among others, we have put a mare called Anguish (Angus Hall-Sungait Reb) in foal to Carlton (Dream Vacation – Another Love) – Greg Hope’s six-year-old stallion.”

With those quality genetics coming through, it may not be long until another talented trotter bred by Reid takes out another feature race.