One of New Zealand’s greatest ever racehorses is returning home in a shock move.

And when superstar pacer Lazarus gets here it will be the job of South Auckland stud farm Alabar to work out one of the great mysteries of harness racing which has stymied his stallion career in Australia.

Lazarus, one of the great pacers in Australasian history who went on to prove himself world class in North America, will be based at Alabar for the next breeding season after initially standing in New South Wales when Down Under. 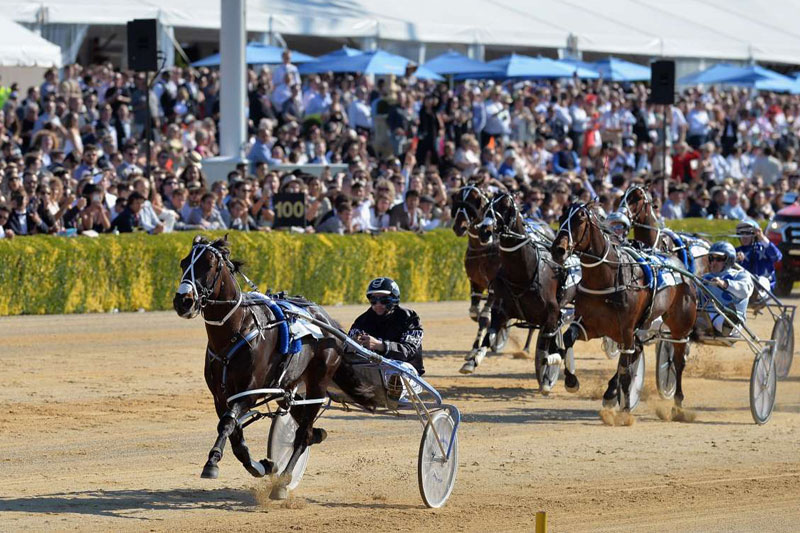 He suffered from issues that saw him struggle to get mares in foal standing in Australia even though when he had no such concerns when serving mares in the United States.

Exhaustive testing on the former champion pacer has yet to identify the exact problem so his North American owners Taylor Made Stallions have amicably ended their deal with his NSW stallion rights holders Club Menangle and entered a new deal with Alabar that will see Lazarus return home for the first time since leaving here as one of our most expensive ever standardbred purchases in 2018.

His North American race career, while brief, cemented him as one of the best horses in the world and his stud career there has gone well getting around 85 per cent of mares in foal.

But his time in NSW has been a disappointment with only 70 foals his first season and around 30 the next.

That has not only led to broodmare owners there losing confidence in him but plenty of head scratching as experts try and work out why he is so less fertile from his Australian base than he is in the US.

Theories vary from travel concerns when shuttling, the high temperatures in New South Wales during breeding season and the number of mares being bred away from his main base, which may have seen his transported semen deteriorate.

Alabar NZ boss Graeme Henley, one of the most experienced stud bosses in the industry, says his team are thrilled to get Lazarus home and work on his issues.

“Taylor Made Stallions approached us and asked if we could help and we couldn’t wait to say yes,” said Henley.

“The New Zealand climate, the natural environment of our farm, the expediency of shipping semen out of Auckland, the experience of Alabar and the close relationship we have with Deo Volente (Lazarus’s US stud base), who have gone so well with him in America, are all things that will work in Lazarus’ favour.”

“We know Mike Gulotta at Deo Volente Farms well and he is extremely positive, not only about Lazarus’ breeding capabilities but also about how great his first yearlings look. This has given us the confidence to go forward.

“We ask breeders to give Lazarus a chance. We’re really excited. It’s a chance to change a bit of history.

“Breeders can be assured we’ll be conservative and transparent.

“If this season goes well then Lazarus will continue to shuttle to New Zealand for the rest of his career – that’s something worth fighting for.”

Lazarus will stand his first season at home for $7500.