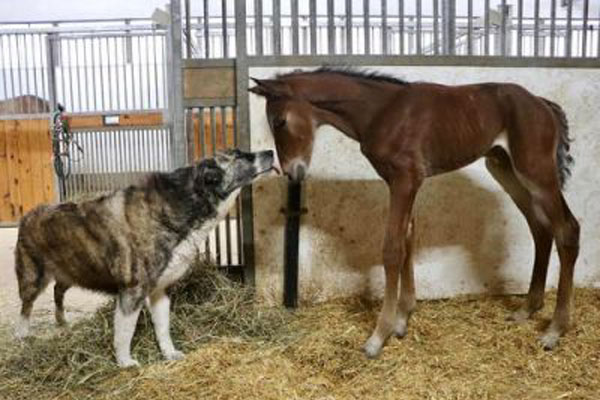 Astute “down under” breeders eyeing the credentials of arguably Australasia’s greatest racehorse Lazarus can take plenty of confidence from North America regarding the harness racing superstar’s capacity in the breeding barn.

US and Canadian breeders are ecstatic with the looks and temperament of the superstar’s first crop– and with an 80 percent confirmed conception rate in North America (136 mares, 109 positives), Lazarus is ticking all the boxes.

With USTA Foal Registration statistics now beginning to come in, Lazarus (Bettors Delight – Bethany (Christian Cullen) is more than measuring up to the best. US foal registrations are done on a calendar year basis, so the figures are preliminary.

There are many breeders who do not register their foals until more towards the end of the year so a better indicator of registered foals would be by December 31, 2020.

But Lazarus’ early registrations show 39 registered foals from the book he served – behind in registrations numbers only to the great Bettors Delight, Always B Miki, Sweet Lou at this early point in the season, and well ahead of other notable sires including Sportswriter, Sunshine Beach, Always a Virgin and Betterthancheddar for some examples. Any predictions you have heard to the contrary are false. Lazarus should have a full crop to race in North America resulting from his 2019 breeding season.

USTA return data for Lazarus shows there are 75 live foals either registered or in the process of registration (and a further 27 still to be confirmed) so there’s confidence of around 90 to 100 Lazarus-sired foals to be registered by the end of 2020.

Lazarus was the dominant pacer in Australasia before he was sold to US thoroughbred breeding giant Taylor Made Stallions in a record deal. He served a book (136 mares) at US$10,000 (No discounts) in New Jersey and has returned to Australia already to stand at Yirribee Pacing Stud in Wagga Wagga, this season.

Yirribee stud has developed a state-of-the-art complex to house their star guest during his Down Under dates; an air conditioned, climate-controlled barn to help ensure issues that caused a disappointing first season in Australia are a once-off.

Bred on Australasia’s golden cross, breed-defining stallion Bettors Delight out of a Christian Cullen mare, Lazarus has eight crosses to Meadow Skipper in his five-generation pedigree, similar to McWicked, Foiled Again and Anndrovette.