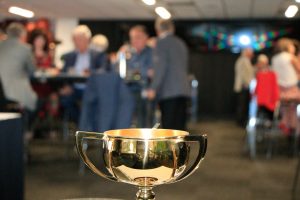 Six breeder-owners will live one of New Zealand standardbred breeding’s ultimate dreams when their pacers start in the New Zealand Cup at Addington on Tuesday.

Vintage Cheddar, Robyns Playboy, Kango, Terry, Laver and Dance Time will each be out to complete the result their breeders wished for when they matched sires and dams as far back as seven years ago in some cases. Just like their rivals who have passed through the sales ring as yearlings or weanlings or have changed hands along the way, each horse has a breeding story behind it.

In the case of Terry (Terror To Love-Carania-Cam’s Trickster) it is a case of a breed firing back to life after twenty years. Gavin, Margaret and Michael Case enjoyed the thrill of having a New Zealand Cup starter in 2001 with Smooth Trickster. And now they will be back at New Zealand’s biggest day of harness racing exactly two decades later with the help of three-time Cup winner Terror To Love.

“We had Smooth Trickster in the Cup and 20 years later we are in it again,” Michael Case said. “He was a good horse but he was a bit injury-plagued and had leg trouble.”

The Cases hadn’t had a lot of luck with Carania, a full sister to Smooth Trickster, until Terry came along. Foals by Christian Cullen, Elsu and Stonebridge Regal didn’t make it to the races before Terry came along and propelled his breed back into the New Zealand Cup spotlight.

“We bought Carania’s mother Silky Princess at the Yearling Sales at the Showgrounds 30 years ago,” Case said. “It is a breed that has been asleep for a while.  We have tried a lot of different stallions over the years with the best maternal lines, but none of them have fired. But it was the Western Hanover line through Terror To Love that clicked with her.”

With just 16 starts to his name Terry is just a baby in racing terms, especially considering he has come through graded racing rather than age group features. After making a steady start to his career the pacer shot up the ratings over winter with a hat-trick of wins. That put the idea of a New Zealand Cup start in front of the Cases. A second-up victory at Addington and a solid fifth in the Kaikoura Cup then made the New Zealand Cup a realistic target.

“In September they sent out that if you have a rating 70 horse you can nominate for the New Zealand Cup. We weren’t really thinking anything of it because he was number 40 on the list. But then a lot dropped by the wayside and then when he came home from the Kaikoura run he shot past Matt Damon and into the field.”

After racing deep on the pegs, Terry hit the line well in the Kaikoura Cup in his fifth placing. The run suggested that the four-year-old could feature in the finish if he stepped away quickly and got a nice run.

“It was a good run in the Kaikoura Cup, he came home quarter of a second faster than anything else on the Stridemaster (400m). He is up against the big boys, but he has come a long way.

Robyns Playboy’s path to a second New Zealand Cup isn’t a case of his bloodlines firing back to life. For as long as his breeder-owner has had his Robyn breed it has been producing good horses.

Each are descendants of Ryal Robyn, who Wilson selected as a young horse for fellow Southland Robyn breeder, Graeme Edgar, in the early 1980s. Wilson was able to take a foal out of Ryal Robyn which turned out to be two-time Group 1 winner Robyns Treasure.

Since then the breeder-owner-trainer has enjoyed a long line of success with the three branches of the Ryal Robyn family he eventually bred from. Robyns Playboy is from Robyn Maree, who is from a full sister to Robyns Treasure in Maree Robyn. Robyn Maree has done an excellent job of producing winners but hasn’t been as successful at getting in foal.

“She just had a filly foal the other day by Rock N Roll Heaven, but she has slipped foals and not got in foals and different things. We have got a full brother to Robyns Playboy, but we have only got another foal on the ground now.”

“Everything that can go wrong has gone wrong, last year she slipped her foal in August when she was looking pretty good. But things are never plain sailing breeding horses.”

“Because she is such a shy breeder we will have to try again and she will go to Always B Miki this year. I always say it is the mark of a mare to be able to leave one by a nil sire and she has done that with Rake. And in reality, Robyns Playboy is by Shadow Play who is not considered a top sire.”

Wilson will send four more of his mares from the Robyn breed to stud this year. Robyns Playboy looks a realistic chance of adding to his family’s record with a strong effort in the New Zealand Cup.

The pacer was a victim of the controversial start to last year’s race which didn’t allow him to use one of his key weapons, his good standing start manners.

“As long as they get a fair start he is capable of being in the first two getting away. If he could get a run on the pegs and not do too much I think he is a first four chance. Wilson described that kind of performance as ‘something you dream of’.

He will be able to share the thrill of a strong New Zealand Cup showing with his three children and their partners who race Robyns Playboy.