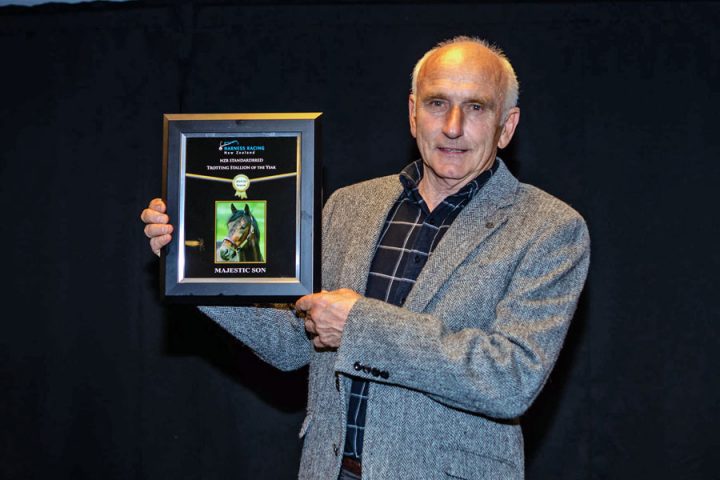 Majestic Son took out his third New Zealand Trotting Stallion of the Year award on the back of some strong Open Class results.

In the past it has been the dominance of his juveniles that have seen Majestic Son get a jump on his opposition.

Despite Sundees Son having won three Group Ones at four and New Zealand Trotter of the Year, one of the few knocks on Majestic Son was that his progeny had failed to go on a do a job beyond their two and three year old seasons.

This season saw a lot of talented Majestic Son progeny making the leap to Open Class and making a name for themselves, putting to bed any speculation about the great sire he has become.

Even with a number of the feature trotting races cancelled due to Covid and the shortening of the season, he managed to increase his number of wins by four from the previous season and was only $200,000 shy of his 2018/19 stake money earned.

The Breeders Crown winning son of Angus Hall has taken advantage of the numbers he has received thanks to being one of the few fresh options available.

Coupling his fresh semen with his affordable pricing and high fertility has seen Majestic Son serve some fantastic books and having served 105 in 2020, he will in conversations for leading Trotting Stallion for many years to come.