Skip to content
Mares Served: Down, but not Out!

Mares served: Down but not out! 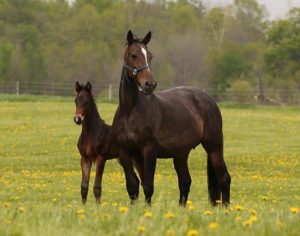 Do you want the good news, or the bad news first?

I was told to start with the bad news first so we you end on a high note.

There isn’t a lot of good news in this and I won’t sugar coat it.

Before we go any further on the matter, let’s get one thing straight.

We as standardbred breeders in New Zealand are not unique in the sense of a declining participation.

Every jurisdiction globally that races standardbreds (and thoroughbreds) is facing the same challenges. Australian breeding declined 42 percent in the 10 years to 2018/19 and have even bigger challenges when it comes to wastage (more on that on Tuesday)

Rising costs, stagnant returns and a dwindling social acceptance of racing are factors with apathy to harness racing growing demonstrated through a decline in TAB turnover.

Similarly, this problem is not unique to the equine racing codes.

All major sports are struggling to remain relevant in today’s society and some of our greatest pastimes are facing significant challenges also.

I draw a parallel with rugby because it too is suffering at the grass roots to non-traditional sports in terms of participation to codes like basketball having once been the only ticket in town.

Basketball now represents almost a third of the TAB’s sports turnover. Harness racing is now around 22-24%.

Our greatest strengths are also our greatest weakness in the sense that we breed and develop the best athletes in our respective codes, creating demand for product offshore at the expense of the domestic product.

To keep people coming through the gate and interested, we need to retain our best athletes and that is a challenge we both face.

You can’t blame a young rugby player, or the owner of a fringe open class pacer or a promising young filly for chasing a solid return when the opportunity presents itself.

It’s encouraging to hear that in the challenging climate we now face, as we head into racing post Covid-19, that the TAB, RITA and the codes will focus on maximising turnover, but given the lack of funding that will be available we all need to be realistic about what racing will look like when it returns.

The breeding industry is our focus however so I’ll stick to my knitting.

The ramifications of this seasons breeding’s won’t be felt for five years, but is something our racing people need to be conscious of and prepare for in their forecasting.

The number of registered foals has gone well below 2000 and will only get worse if we continue to get bad information regarding stallion fertility. The increasing use of frozen semen comes with its own limitations and costs.

A breeding industry already struggling for investment will no doubt take a hit as participants look at their expenditure.

The NZSBA has very little control over so much of the above on its current funding which is going to get worse before it gets better. We will be tightening our belts but looking to continue serving breeders.

The current challenge for me and the executive of the NZSBA is continuing to be vigilant, strategic and tactical as to its contribution to an industry that has to radically changing how it does business.

There is no silver bullet to solve breeding numbers and we have about as much chance of Lord Module winning this year’s New Zealand Cup.

Victoria provides an example we perhaps should study. Victoria went from 3893 mares bred to 4073 and last breeding season tapered off again to 3928. This season’s statistics have yet to come through, but it does have the widely applauded VicBred scheme to promote racing the local product.

The bonuses from HRV haven’t been merely funded by their own code, they had an enormous government contribution also.

Four million was spent initially by HRV when announcing their initiatives in 2012.

The state government injection, $2.4m came in 2016 with a further $3 million from HRV causing a slight spike in numbers.

So all in all, HRV has spent close to $10 million to see their breeding numbers stay almost exactly as they were seven breeding seasons ago which is a hell of a lot better than here and the rest of Australia.

That is the level of investment required, and is it sustainable? Governments here have never shown an inclination to support racing under economic development allocations. Perhaps we should be advocating for this post-Covid-19?

A decade ago Winnie threw $1 million at the Cup.  His bloodstock breeding tax concessions at that time did steady the decline for a short while. The first win bonus recently came with the best of intentions, but it was never sustainable either.

The stallion service records (and yearling sales) paint a pretty accurate picture of the current climate.

Those in the $7000 or less bracket were down nearly 300 mares and that was with Always B Miki doing 72 more mares than last season.

In my opinion we need to do more to cater to this demographic of horse and can do so simply with our programming.

It doesn’t cost a pinch of salt to programme a race for horses sired by the middle to lower tier stallions regularly. I say regularly because the Sires 7000 is a nice concept but a one off race we need more of, and they don’t need to carry the $30,000 stake. But why not a series?

Data shows that in Canterbury alone, there are over 500 four year old and older pacers registered with trainers that fall into this bracket of being sired by stallions at prices of $7,000 or less.

Is it going to solve the worlds problems? No. But if you’re serious about providing opportunities for those at the bottom end, start with programming. It isn’t a numbers problem, and it couldn’t hurt to try. Why couldn’t an extended Sires 7000 type series be part of a bigger carrot?

Last year only 17% of horses sired by New Zealand-bred stallions paid up for the Sires Stakes scheme with foal payments.

Their progeny struggle to beat the better bred horses on the track or and because of this are not in demand at the sales so what incentive is there for anyone to breed to them?

The one and two mare hobby breeders are disappearing and we need to give them hope. They need to be able to either race or sell horses bred to stallions other than the expensive top four!

It can’t be a case of commercial or nothing which it is becoming.

Going back to Government contributions, there is potential for a policy change with the IRD.

The current ‘Stand Out Yearling’ policy has unofficially yielded minimal applications in either code. The policy which has finding of close to $4 million in ‘incentives’ attached over four years, but every year it goes un-utilised it is dead money. No refunds sorry!

It would appear that the IRD and Winston are cottoning on to the fact that for stimulus in the breeding industry, perhaps another approach is needed. Hence a review that is being finalised now.

Is the purchase of a standardbred yearling on price alone the best indication of someone looking to start a breeding business?

John Aubrey the well-known bloodstock tax accountant hits the nail on the had in my opinion with his summation of the scheme;

The NZSBA is closely involved in working with the IRD, RITA and the thoroughbred code in urging government to reform bloodstock taxation as suggested by John Aubrey.

In addition to John’s fourth point, why couldn’t both codes be tasked with coming up with some race bonus’ or credit schemes of their own to further sustain the sectors?

But I would like to believe that we could work together to come up with something that is of long term value to breeding.

Next week we will discuss with the NZ Sires Stakes Board and their vision for a possible return to racing and how they endeavour to best utilise the resources they hold on behalf of breeders, owners and studs who pay handsomely to participate in these series.

It will be interesting to get their thoughts.

I said I would finish with good news and that is what I will do.

For the fourth year in a row, New Zealand’s trotting renaissance has continued.

Over the same period as the VicBred scheme (seven years), trot mares bred have managed to maintain their numbers.

It took a dip in the 2015/16 season at 545, but the bounce back is a reflection of the improved genetics and a greater parity when it comes to racing.

It’s imperative we look to invest in our growth areas like this, and it’s about time the trotters got more respect when it came to Group Race races and stakes.

Now, now. Let’s not finish on a sour note.

As always, I welcome your views and would love to hear your ideas and suggestions.

We can and will come out of this malaise not helped by Mr Covid-19.

We can’t pretend the challenge is not immense, but let’s not shirk the task either.

A collaborative approach will be needed to ensure the sustainability and viability of harness racing if we hope to be anything more than an export market.

Again, that sounds scarily like the challenge before New Zealand Rugby.