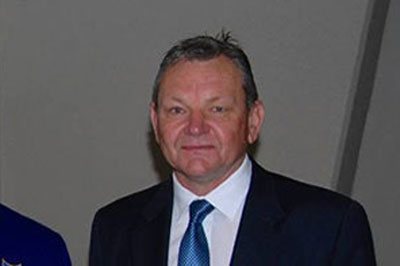 Forever linked with two-time New Zealand Cup winner Just An Excuse, Ollie Haines is being remembered as a passionate advocate of harness racing, after his death this week.

He was an “administrator, owner and breeder who was extremely passionate about the industry and doing the best thing for it,” says Harness Racing New Zealand Racing and Marketing Manager Darrin Williams.

At Cambridge he was a steward, committee member, vice president and then president for three years and was also part of the Harness Racing New Zealand executive on and off for a decade.

“He was always the first to go round all the staff and say “hello” to everyone individually.  And his gesture to often shout the staff a morning tea of savouries was always well received,” says Williams.

“He always lobbied on behalf of owners right around the country especially when it came to stakes levels and he had a great understanding of the financial aspects of the industry.”

Self employed since he was 21, among Haines’ interests were a milk run and a forklift business. At 41 he retired, leaving Upper Hutt to retire to Cambridge where he focused on breeding and racing horses.

After first meeting in the 1990s it was a decade later that Haines and Raglan-based trainer Robert Mitchell joined forces.

“He was very astute, quite tough in some respects and quite soft in others,” says Mitchell.

He says Haines was a regular visitor to his stables  – “he’d come to the farm or the beach, he really enjoyed it”

Just an Excuse – bred by Ollie and his wife Irene –  won back to back New Zealand Cups. Not only was Mitchell the winning trainer but son Todd Mitchell won two of his three New Zealand Cups with the horse  (the other was Gracious Knight in 2002).

Mitchell senior says the first win in 2003 was marked in style, with the Haines family, the Mitchells  and a collection of friends heading out for dinner.

“We wondered home about 3.30 in the morning” laughs Mitchell, “it was a celebration”.

In all Just an Excuse won 17 from 39 and over a million dollars.

Smooth Performer was another stand-out for Haines with eight wins in 14 starts including the New Zealand Oaks and Nevele R Fillies final.

“Our condolences go out to all the Haines family,” says Williams, “harness racing has lost a great advocate.”