Quality not quantity for Alabar

In the lead-up to the NZB Standardbred national yearling sales we look at how the major studs are  approaching both Auckland (Feb 13 and 14) and Christchurch (Feb 15-17). In the first of the series Michael Guerin talks to Alabar’s Graeme Henley.

Graeme Henley had a hunch last year that he is pretty certain he got right.

But he hopes the proof comes on the first day of the National Yearling Sale at Karaka on Sunday week. 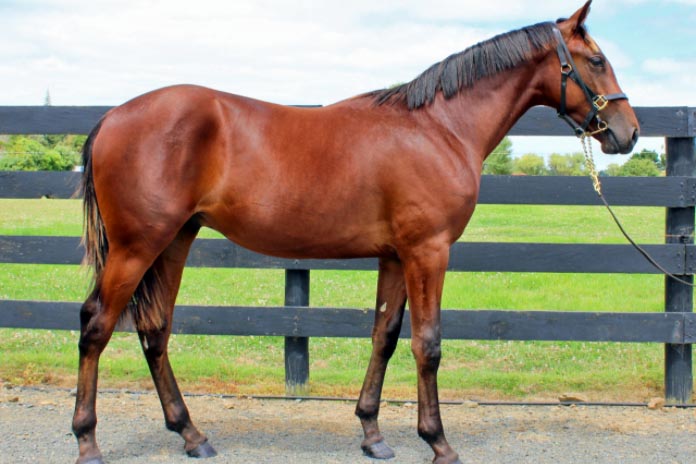 As the boss of Alabar New Zealand, Henley has seen more yearling sales than most who will be walking the grounds next week but these days Alabar don’t have a huge draft of their own yearlings at Karaka.

“It is just the way it has worked out, we sell the majority of our young ones at the weanling sale in May,” he explains.

‘“With the way the farm is set up and our staffing levels it makes sense and the weanling sale has been good to us, especially last May.” But last year Henley decided to retain five of the stud’s colts for next week’s yearling sale and he is thrilled he did.

“We kept four colts by Always B Miki and one by Vincent,” says Henley.

“I was confident Always B Miki would do a job with his first season two-year-olds in North America and they went amazingly well.

“He was their best sire of two-year-olds and there were only three horses in the voting for two-year-old of the year and they were all by him.

“So he has turned out to be a sire already better than we could have hoped for and that is why we kept these colts.

“I think most people who head to the sales would realise that and clearly it has been reflected in his book as he served 200 mares in New Zealand and his limit in Australia.

“So he is doing the job and they should sell well.” The four colts have the blood on the other side of their familes to help them too. One (Lot 9) is out of the smart mare Princess Arts, the next (Lot 54) is out of group one winner Yankee Dream, who is also already a successful broodmare.

Lot 82 is out of nine-race winner Cougar Bromac while Lot 114 is out of seven-race winner Lady Dancer, a Christian Cullen half sister to Surprise Package.

Henley and Alabar also retained a Vincent colt (Lot 58) from the hugely successful Alta family as he wanted to support the sale with the first yearlings of Vincent.

“They are good looking horses and there are only a few at Karaka but quite a few more in the South Island sale.

“They sold really well at the weanling sales and trainers like Mark Purdon have told me they are interested in them so I think he will get his chance as he has already had such good books.”

Henley said with a smaller catalogue and so many high-class broodmares retained in the north he knows next week’s Karaka sale will be strong.

“We have some big operations up here with some wonderful mares so there looks to be real depth at the sale.” The parade day for the Karaka sale is next Saturday February 13 with the actual sale the following day.

The catalogue is available at www.nzbstandardbred.co.nz