The Alta Christiano gelding Ronaldo, a very impressive winner at the Group meeting at Albion Park recently, is providing a group of Central Otago sheep farmers with plenty of excitement.

They are Neville Armstrong, Russell Nevill and Kim and Mary Heaney, who bred the five-year-old from an unraced Live Or Die mare, Heavenly Bliss, a descendant of the noted foundation mare Miss Kate. 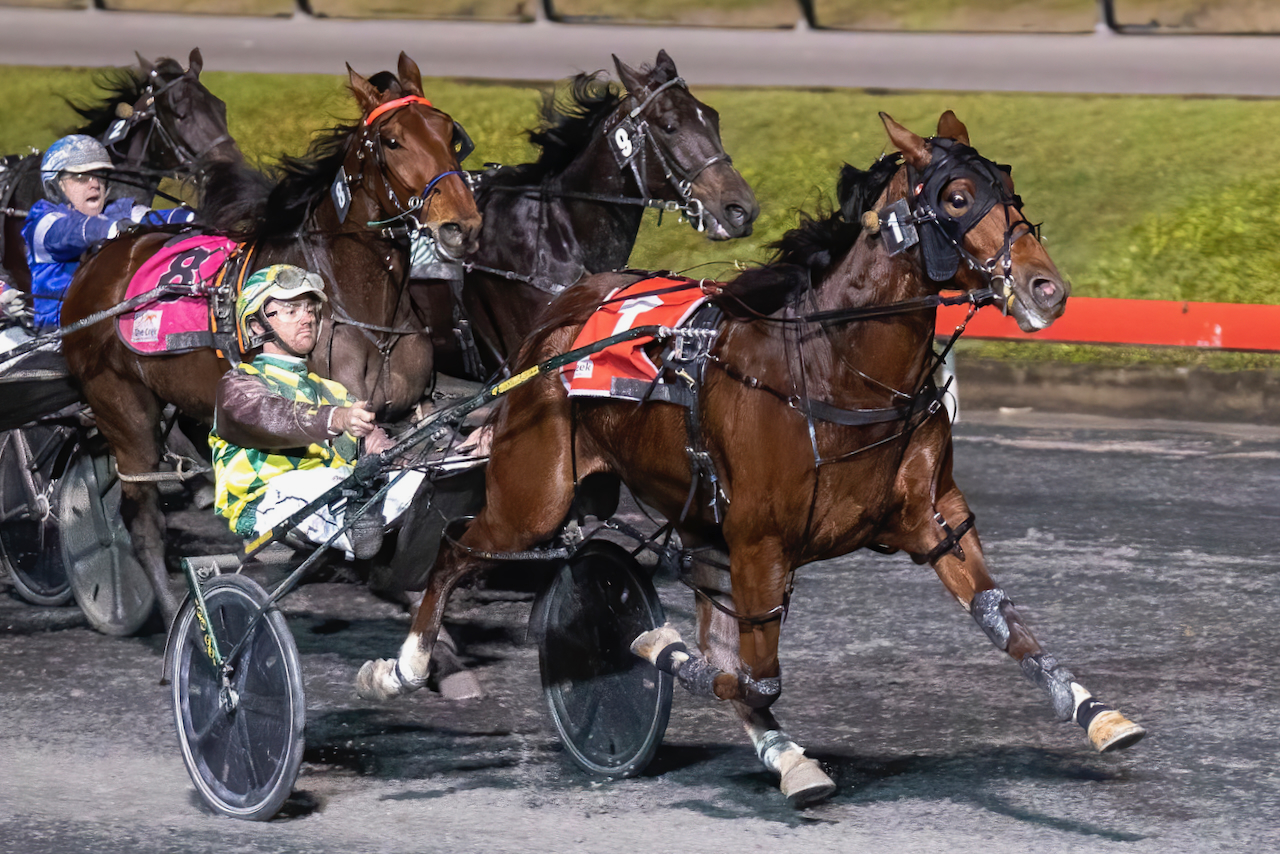 “Heavenly Bliss was our first venture into buying a yearling,” Armstrong said. “We bought her for $10,000 at the National Sale in Christchurch on the day of the earthquake.”

“She was a nice horse to do anything with but she hit a knee and as such we were undecided whether to breed from her.”

Heavenly Bliss’s first mating, to Santanna Blue Chip, produced a filly, who did not race and had to be put down.

Three years later she was sent to the court of Alta Christiano and Ronaldo was the result.

“He was an outstanding individual from day one. He had a lovely gait with high speed,” Armstrong said.

Ronaldo qualified as a two-year-old for Brad Williamson at Oamaru.

“He had three trials and then we received a really good offer from a client of the Butt stable and decided to sell,” Armstrong said.

Ronaldo won at only his second appearance at Menangle as a three-year-old clocking a career-best 1:52.7 for 1609 metres in defeating Mach Da Vinci. He won another race at Menangle at three and notched four wins from 14 starts at four.

Since producing Ronaldo in 2016, Heavenly Bliss has left the three-year-old filly Aint No Angel (by Raging Bull), a winner at Invercargill in April, a yearling colt by Raging Bull and is back in foal to him.

“The yearling was passed in at this year’s sale and later purchased by clients of Southland trainer Robin Swain,” Armstrong stated.