Skip to content
Success and Sadness for Macca Lodge

Success and sadness for Macca Lodge

The mood at Northern Southland stud Macca Lodge was sombre on Sunday, despite the win of Maya Angelou at Winton. 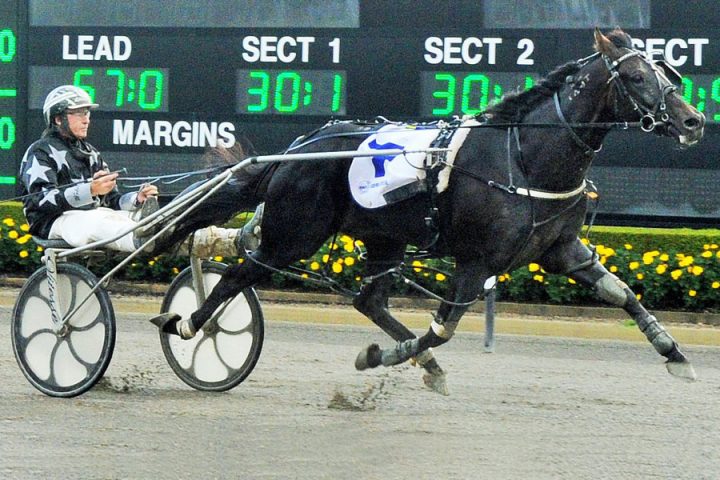 Franco Ledger in his heyday.

The Brent McIntyre trained five-year-old broke through for her maiden victory just hours after the death of former racetrack star Franco Ledger.

A heart attack claimed the life of the Macca Lodge stallion in the midst of his fourth season at stud.

The loss of the former group 1 winner and two-time Southland Horse Of The Year came as a shock to Macca Lodge staff.

“It was totally unexpected because he was such in such great shape and looking really good,” McIntyre said.

“He was a lovely horse to have around and it is a big loss for his owners.”

Franco Ledger retired to stud a 25-time race winner with over $600,000 in earnings for the Whatever Syndicate and his part-owner and former trainer and driver Hamish Hunter.

The Falcon Seelster stallion had left 25 foals ahead of the current breeding season.

He served 10 mares last season, who were due to foal this spring.

Franco Seelster had also served a small number of mares this season before his death.

Maya Angelo raced out of the pack to win yesterday’s opener, the Fear The Dragon at Macca Lodge Mobile Pace, handing McIntyre his race sponsorship back.

Fear The Dragon has left his first New Zealand born foals this spring.

The stallion has already made an impression in North America where his oldest crop have produced outstanding yearling sales results this season.

McIntyre credited a good draw and a smart drive from junior reinsman Oliver Kite as they keys to Maya Angelo’s win.

“She has been going good enough races, but just needed a decent draw and a bit of luck.”
“She got that today, it was a really good drive from Ollie.”

A successful day at Winton continued in race 7 when Macandrew Aviator, a son of Macca Lodge stallion Panspacificflight broke his maiden for trainers Kirstin Barclay and Tank Ellis and driver Brent Barclay.

Despite giving away a race fitness advantage, starting for the first time since January, the Faithful trained Pay Me Speedy produced an impressive win in race 4.

Faithful has recently halved her race team from six to three following the retirements of Tartan Trilogy and Imperial Trump and the sale of Toby O’Gara to Australia.

It means the Winton horsewoman does not want to let Pay Me Speedy out of her sight.

“I would love to keep her, no doubt the phone will be ringing again, but for now I would like to say she is not for sale.”

Pay Me Speedy’s winning time is certain to have caught the eye of bloodstock agents and potential buyers.

Faithful has a connection to the late Franco Ledger, having worked with the horse while employed by the Hunter stable.

The towering pacer scored his second career win when sprinting out of the one-one for driver Nathan Williamson.