Canterbury breeder Wally Power may not have a whole heap in common with the late Bart Cummings. But they have shared one common belief – time is a great thing for horses. 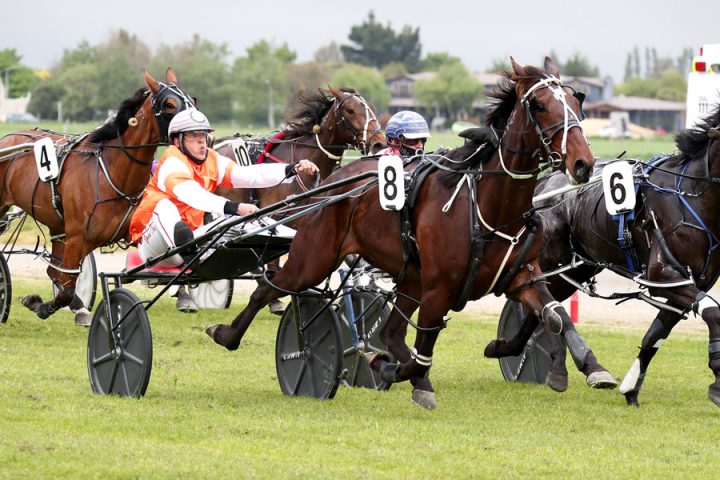 Time has been the key to Stoked To Haver (Bettor’s Delight-Dudinka’s Star – Christian Cullen) making it to the track and then to the winner’s circle for Cust trainer Craig Kennedy. The filly wasn’t what could be described as a perfectly conformed specimen in her early years.

“She was a bit deformed, and it certainly proved a point to me that you don’t want to be too hasty in making decisions,” Power said.  “Especially when nature and time are wonderful healers. It just proved a point or a lesson to me, don’t write them off too soon.”

Power’s faith in his Bettor’s Delight filly paid off when she ran to a deserved maiden victory at start four after delivering second, third and fourth placings in her first three starts. Stoked To Haver is raced by a group of owners including Craig Kennedy’s wife, Nicky.  Though the pacer clearly has plenty more to offer on the racetrack first, her future in the breeding shed looks set in stone given she is a full sister to Pembrook Playboy.

The Nathan Williamson trained pacer, also bred by Power through his Pembrook Park Ltd, looked right on track for his New Zealand Cup tilt when going to the line full of running in his unlucky third placing in the Ashburton Flying Stakes. Pembrook Playboy heads to the New Zealand Cup Trial this week to finish off his preparation for New Zealand’s greatest race.

Stoked To Haver is the last foal from Dudinka’s Star who is currently living out her retirement in grand style at Power’s property.

“I sold all of my mares about four years ago, but I wasn’t allowed to sell ‘Star Girl’ as we called her. We agist a lot of horses here and we can’t put her with them because she doesn’t need the hard tucker. She is in with a few cattle that go around and tidy up the horse paddocks.”

“She is 20 but she looks much younger, she is in great nick.”

Dudinka’s Star was to have had foaled this spring after being served by Sky Major last year. But after initially getting in foal, she failed to hold it.