Rock N Roll Doo, a very impressive winner at Melton last Saturday and rated one of the best four-year-olds in the country, is the latest in a long list of smart performers bred by the retired dairy farmer and raced by the James’s. 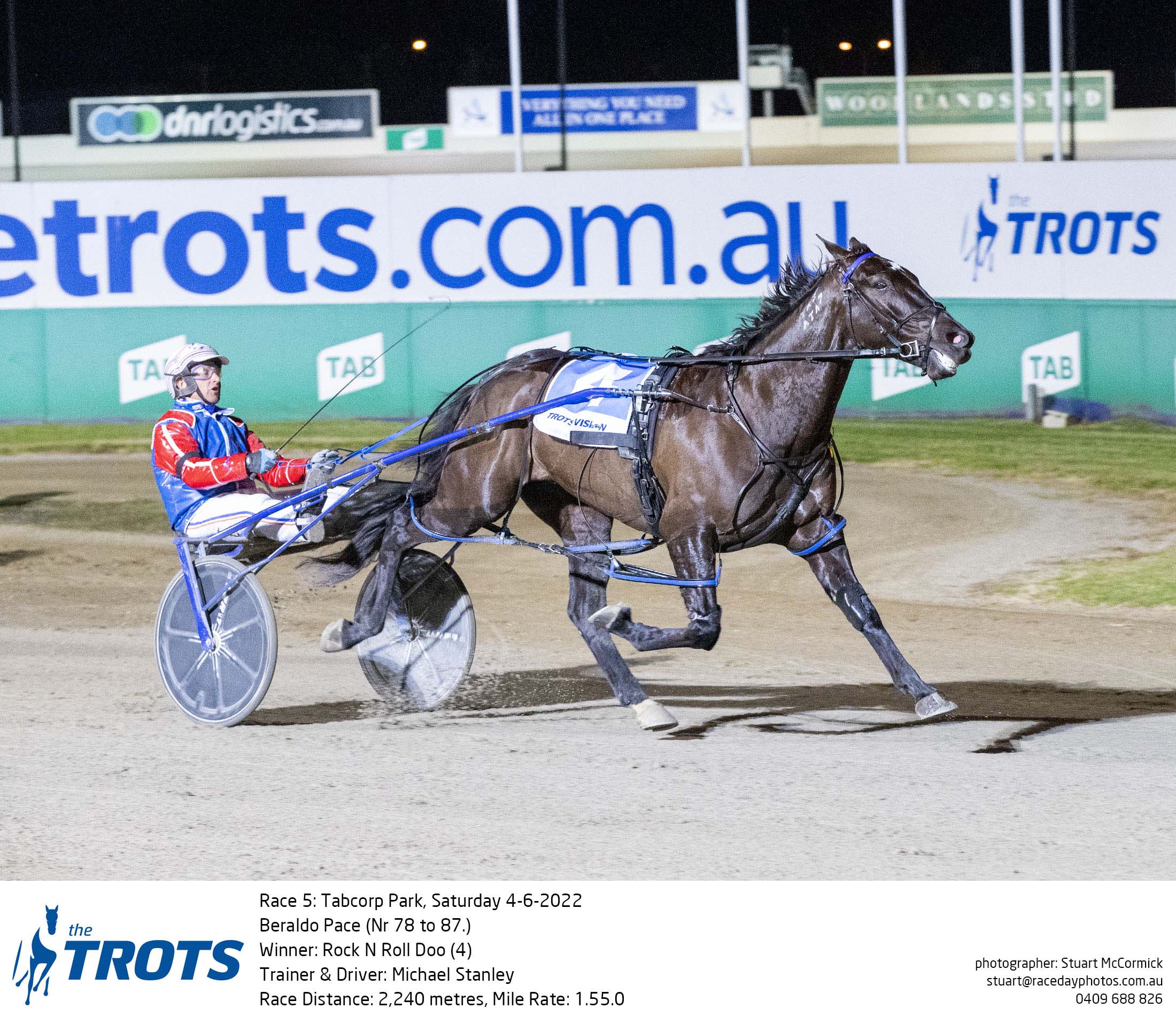 The black Rock N Roll Heaven gelding has now won eight races with five placings from 23 starts for $104,150 in stakes. He is being aimed at the rich Queensland Constellations carnival being held at Albion Park in June and July.

“I offered him as a yearling at the Christchurch sale, but he failed to reach the reserve price,” McKenzie said. “He was broken in by Greg Hope and sold to Brendan as a rising two-year-old.

Trained by Michael Stanley, Rock N Roll Doo won twice at two and qualified for the Breeders Crown semi-final, while he won four races at three and was a finalist in the Victoria Derby, Breeders Crown and Vicbred.

The gelding has won two of his five appearances this season highlighted by the Group 2 $50,000 Paleface Adios Stakes in a career-best 1:51.2 at Menangle, beating Krug, Better Eclipse, Act Now and co.

James said that he had bought more than 20 horses from McKenzie over the years.

The list includes Rock N Roll Doo’s half-sister Iolanta whose seven successes to date include the $50,000 Edgar Tatlow Memorial and the $30,000 Richmond Lass.

Delightful Lana, a sister to Iolanta and a half to Rock N Roll Doo, was a brilliant racemare, totting up 10 wins and multiple Group placings in NZ and Australia for $148,268 in stakes and who, at one stage, held two New Zealand records.

Their dam, Long Live Lana, was an In The Pocket half-sister to Ruato Bay, bred by McKenzie’s Kelvin Homes Holdings and raced by the James’s as a two and three-year-old in Victoria before being sold interstate.

I Will Rock You, a gelding bred by McKenzie and originally trained by Cran Dalgety, was another good money-spinner for the James family. He won 11 races including the Winter Championship at Melton and one at Menangle prior to his untimely death.

McKenzie said he and Brendan had established a very strong relationship over the years.

“Brendan leaves the breeding to me and keeps coming back to the well to buy them,” McKenzie.

However, McKenzie has retained an Art Major yearling filly out of Delightful Lana for racing and breeding.