Von Art, one of the stars of the winter racing in Victoria – she has won at her last six appearances – belongs to one of New Zealand’s oldest families, that founded by the Young Irvington mare Dolly.

This is the family which produced the Inter Dominion champions Tiger Tara (2018), Young Mister Charles (1996) and Tactician (1955) and the trotter Stylish Major (1968) and countless top performers at both gaits. 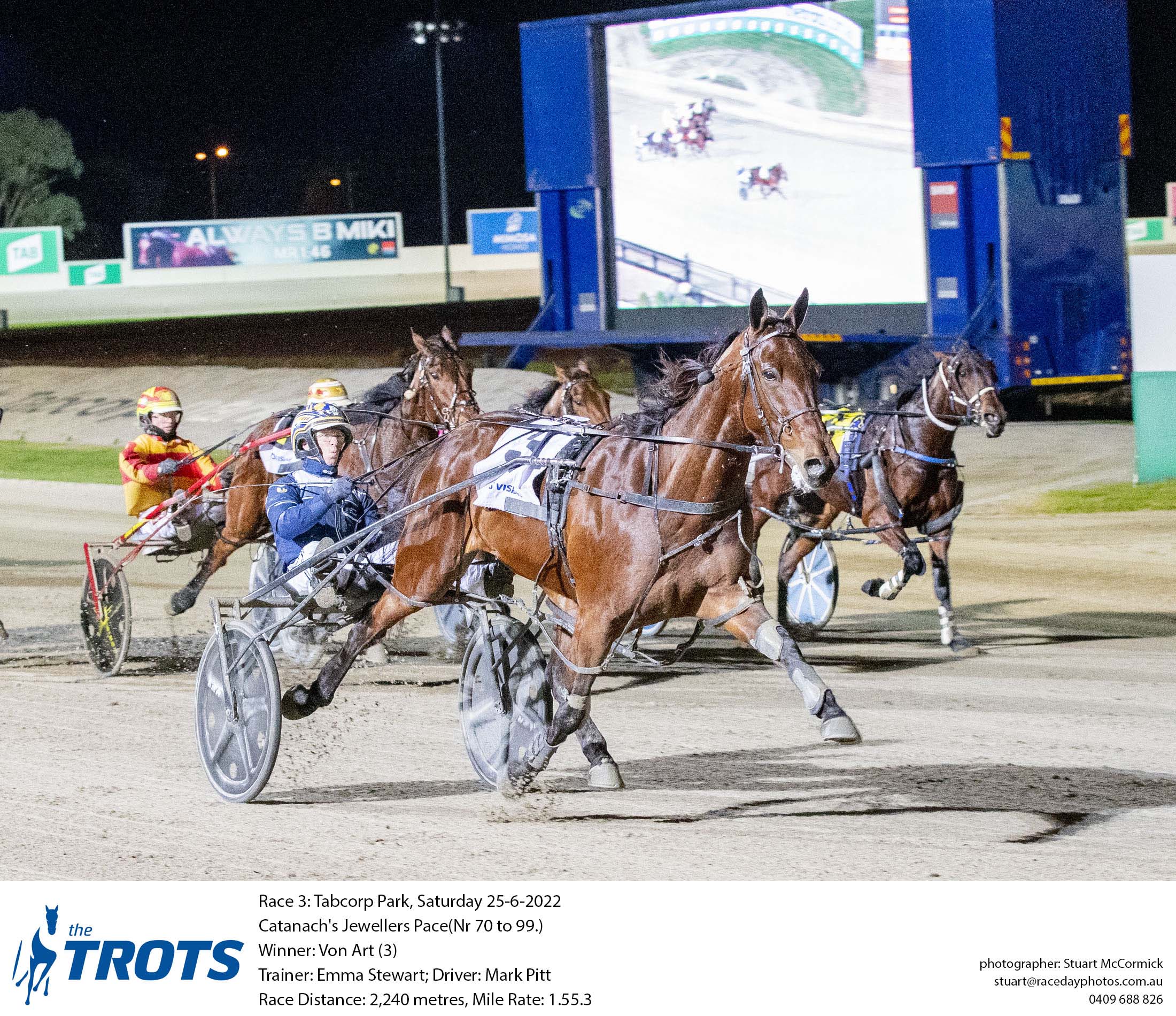 Von Art, a five-year-old Art Major mare, traces directly to the Whipster mare Petronella, who established a great winning branch of the Dolly tribe for the Dynes family in Southland. She left six winners including the triple Group winner Vita Man and Ryal Wave, a winner in 1:59.4 in America.

A granddaughter of Petronella in Ryal Robyn is the ancestress of Von Art.

Gore horseman Ross Wilson, who bred, owned and originally trained Von Art, purchased Ryal Robyn as a yearling for a client for a modest $1200 at a Southland sale.

“I was working for Dalgety’s at the time and a client Graeme Edgar asked me to recommend a filly to race and later breed from,” Wilson said.

Ryal Robyn won three races and became the dam of six winners including Robyn’s Treasure (by Son Of Afella), a winner of the NZ Oaks and Nevele R DB Fillies Series and voted the NZ 3YO Filly of the Year in 1994.

Other daughters of Ryal Robyn to breed on with marked success were Maree Robyn, a sister to Robyn’s Treasure and who ranks as the second dam of Robyn’s Playboy 1:56 (Tuapeka Cup twice), Stanley Ross Robyn (1:52.3) and Im El Diablo (1:52.7); Pride Of Robyn (by Lordship), dam of six winners including Grenfell Robyn (Tuapeka Cup) and Lee Robyn (Marlborough Cup); and Robyns’ A Holmes (by Holmes Hanover), dam of Deano Robyn 1:52.8 ($254,752) and Jazmin Robyn (Nelson Winter Cup).

“It’s been a great family for us,” Wilson said.

Wilson is currently breeding from a half-sister to Von Art in Von Haley, an unraced Somebeachsomewhere mare who left last year’s juvenile winner Haley Robyn as her first foal.

Von Art and Von Haley are the only two offspring of Von Regal, who died while foaling to Art Major in 2018.