Skip to content
Wai Eyre Farm Looking to the Future

It would be fair to say that every breeder in harness racing has started off with a dream of some description. Be that to breed a winner of the New Zealand Cup, an Oaks or a Derby, or even just your local Country Cup. 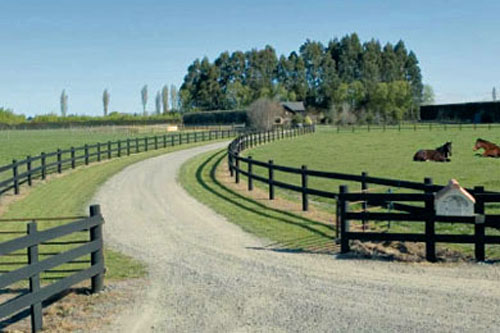 Wai Eyre Stud Farm itself started off Mike Brown’s harness racing dream in 1968, and is now helping that possibility become more accessible to breeders, thanks to some forward thinking by the team at Wai Eyre and the owners of its resident stallions.

The Racing Recovery Special stud fees recently announced by Wai Eyre Farm on social media have been met with extremely positive feedback, with pacing stallions Sky Major and Buy Kiwi Made to stand for just $500 plus GST, trotting stallion Master Glide for $1250 plus GST and One Over Da Moon offering an up to 40 percent discount on his $2,500 plus GST fee.

This is being well received, and bookings are rolling in for the stallions.  The farm charges have remained the same to help breeders as well in these tough times. Wai Eyre also offer clients a prompt payment discount off all charges, which means breeders can greatly reduce their breeding costs by simply paying their accounts on time to get the discount.

Farm Manager, Darryl Brown, said the move was a bid to help breeders in such testing economic times.

“I talked to Trevor Casey (co-owner of Sky Major) and Lex and Heather Williams (owners of One Over Da Moon), and Trevor mentioned that years ago they did this with Vance Hanover, they brought his stud fee down to $500,” Darryl explained.

“Trevor said he felt people are really going to battle going forward in racing, so if we drop Sky Major’s fee it gives anyone a chance to go to a stallion that is well enough bred, and equal to other stallions who are currently standing for three, four or even five thousand dollars.”

“He said why not give everyone a chance? It will help the stallion and help breeders also.”

“He also thought maybe some people might think it would be the wrong thing to do, but in his own business he’s finding things hard in the current climate and felt that probably everyone else would be too. So that was the reason behind the Racing Recovery Special.”

Darryl explained that Sky Major had been previously well supported, and being in his third year at stud the former three-time Harness Jewels winner could now face some challenges, as most stallions did at this stage of their stud career.

“That was another reason to look at offering him at a competitive price. It’s a chance to lower the fee and really give breeders, and the horse, a decent crack,” he said.

“He’s left some really nice foals, and a lot of them have been broken in recently and they are looking really good.”

Being able to work with stallion owners who are opened minded and willing to look outside the square was a big bonus for a stud farm, Darryl said.

Sky Major is the first and only horse to ever win three Harness Jewels races, and being a son of Art Major out of an In The Pocket mare, the former two-year-old pacer of the year and former Chariots of Fire winner boasts an impressive resume with 15 wins in New Zealand and Australia and also three wins in North America.

Buy Kiwi Made hit headlines around Australasia when his first foal, from just four sired at that stage, Sociable, won the Queensland Oaks. The half brother to Kiwi Ingenuity, Buy Kiwi Made is by Presidential Ball and offers a family tree of talent and a strike rate and a great opportunity for those with mares who have proven family crosses with Presidential Ball himself.

A superb racehorse on the track, One Over Da Moon has also had an outstanding start to his stallion career. The son of trotting queen, One Over Kenny, his first two foals have both been success stories on the track, with One Apollo collecting seven wins including the New Zealand Sales Series 2yo Final and last season’s Group 3, 4 and 5YO Trotting Championship, and Da Moon’s Mission winning 2 and placing in 3 of just 10 careers starts to date.

Master Glide also offers trotting breeders the unique opportunity to access both a proven sire and dam line in his family tree. An unraced full brother to Hambletonian Oaks winner, Passionate Glide, Master Glide is the only son of Yankee Glide available in the southern hemisphere, himself the sire of Hambletonian winner Glidemaster, while the maternal side boasts names such as Muscle Mass and Muscle Massive.

The Wai Eyre team see the Racing Recovery Special as not only a great opportunity for current breeders, but for those who have always wanted to breed a horse before, but could not afford a large stud fee along with the other costs involved in breeding a foal.

With the ability now to lease mares or purchase them affordably via auctions such as Gavelhouse, it is the perfect time for those who were contemplating breeding a horse previously, now to do so.

“We’ve got an awesome team at the farm that will help walk first time breeders through the process,” Darryl explained.

Signs at this early time were looking positive, with the Racing Recovery Special sparking interest and reigniting the flame for some breeders who had previously stepped away from breeding.

“We’ve had a lot of support already this early in the breeding season. With Lisa Clark and Nicole Thomas running the equine side of the farm, now that I’ve turned more of a focus to the cattle and shingle operations, we have noticed how hugely customer focused our service has become. They’re making a really good job of it.”

“The client communication from Lisa has been fantastic, and Nicole is an excellent stud manager, we’re finding that our customers are feeling like the really matter and they’re not just a number.”

“They’re extremely approachable and dedicated to our customers and it’s great to see a lot of breeders who have not bred a horse for a long time returning because they have spoken to our team and found that we can offer exactly what their mare requires, even those with issues or needing special services via our vet team, led by Andrew Bailey of Rangiora Vet Centre.”

Wai Eyre’s proud equine and farming history can be traced back to Darryl’s father, Mike Brown, being involved with Clydesdales on his father’s farm, in Ohoka.

When Mike and his wife Peta purchased land north of the Waimakariri River to fatten cattle and grow crops in 1968, Mike was soon able to realise his own lifelong dream to own a racehorse. Cashing in his life insurance policy to purchase a filly he named Wai Eyre (derived from the names of the two rivers near the farm, the Waimakariri and Eyre rivers), who won four races for him and is now an integral part of his broodmare bloodline, being the third dam of 12 win pacer, Johnny Eyre.

In 1985 Darryl joined his father in partnership, and the pair have seen the farm develop into a respected multi purpose property, and develop their services from beef and deer to incorporate equine agistment and breeding services. Including the implementation in 1992 of becoming a semen transport base for the North Island with National Bloodstock, and standing the incomparable Christian Cullen on farm.

The farm has been continually developed since those early years to provide purpose built facilities for the horses, including mare breeding facilities, stallion paddocks and collection facilities. The property is nearly all deer fenced with electric out-riggers, providing safe fencing for the horses. Fenced laneways provide easy movement of stock around the farm. Good shelter has been established on the farm providing shelter from prevailing winds and shade.

Careful farm practices provide quality pasture that stock and horses thrive on.  With over 100 paddocks, the horses and cattle are rotated around paddocks to ensure that they are always provided with quality grass.  Hay and balage is made on the farm, or purchased in if needed, for feeding out to stock in winter or in dry summers to ensure stock is fully fed all year around.  Extensive irrigation systems provides grass in even the driest of summers.

Now with 1000 cattle farmed on the property, and a shingle operation providing crusher dust for local tracks and arenas, Darryl  has turned his attention to making Wai Eyre a more sustainable farm, looking ahead to the future of farming, focusing on regeneration and variation of pasture.

“I’m looking further down the track in terms of farm regeneration, farming compliance and also making it a more environmentally friendly type of farming. Including looking at different species that are suitable for horses and feeding,” he explained.

For now though, the Wai Eyre team are set for an exciting breeding and foaling season ahead, with the first foals due on the ground very soon.

And the exciting prospect of helping to deliver the next dream result for the harness racing industry.

as been raving about what a good riding horse she is.”