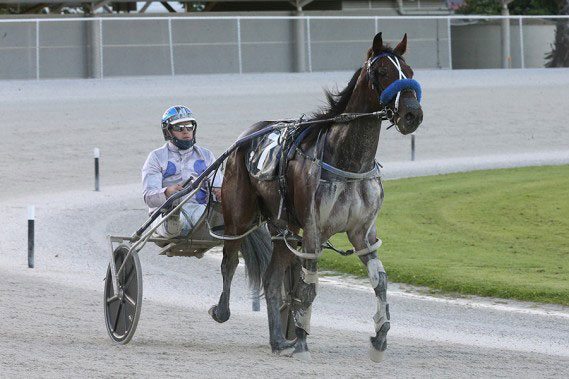 The Walshes’ breeding operation has been in full swing this spring, with several important new arrivals hitting the ground.

“Reality Check had a nice colt on Sunday morning and Major’s Reality had a Bettor’s Delight colt Friday week ago,” Graeme Walsh said. “We bought another mare called Splendid Me who is a full-sister to Dream About Me. She was in foal to Captaintreacherous and she foaled a beautiful filly,” said Graeme.

The Walshes are waiting on Ideal Reality to deliver a full sibling to Ultimate Missile, who is her most recent foal on the ground. The breeders lost a foal from the American Ideal daughter of their super-producer Reality Check to a paddock accident last year and she didn’t produce a foal last season.

It’s an easy choice for the breeders when it comes to selecting stallions for their mares this spring. With full or very close relations to the Walsh-bred stars Ultimate Machete and Ultimate Sniper to be had, the breeders are lining up their mares again for a date with Bettor’s Delight.

“Reality Check and her two daughters (Major Reality and Ideal Reality) will all go back to Bettor’s Delight,” Walsh said. “Splendid Me will probably go back to Captaintreacherous, we will decide in the next couple of days.”

The Walshes are also supporting Ultimate Sniper this season in his breeding debut.

“We have got a beautiful Ultimate Machete colt, we kept a Christian Cullen mare so that we could support him and Sniper. She has done a pretty good job – Bee Jays Money – and she has been served by Sniper.”

All of the Walshes’ mares are in Canterbury right now. With such valuable bloodstock on their hands, it is the right business move to ensure the best outcome for their mares and foals.

“So Gael Murray foals them and David Shadbolt breeds them and they are only about 500m from each other. They come back here at Christmas time and we keep them to the next Christmas until they go into a yearling prep, if we choose to do that.”

Clearly most of the Walshes colt foals will head to the sales ring where Ultimate Machete, Sniper and Missile were all selected by Mark and Barry Purdon. But there is a chance they won’t make it to the National Yearling Sales.

“In the last year we have sold a couple privately as weanlings, which you probably need to be doing to pay for your stud fees and your running costs.”

Major Reality (Art Major–Reality Check–Armbro Operative), bred by the Walshes before being sold to Australia, re-joined her breeders after being purchased from Harvey Kaplan last year.