A wave of success led to a double Group One delight for Macca Lodge this week.

Wildwest’s (Raging Bull-Bay Jet-Jereme’s Jet) win in the A$450,000 WA Pacing Cup at Gloucester Park not only produced a career highlight for the Southland export, it crowned both his sire and dam Group One winning producers.

Both are stationed at Brent and Sheree McIntyre’s Macca Lodge, with the stud standing Raging Bull and owning Bay Jet.

“It was a great result for us all around,” Brent McIntyre said.
“Raging Bull has been doing a good job leaving some nice horses, some of his foals this season were real crackers.”

“He is getting mares in foal and he stands at a pretty reasonable price and this shows what he can do if breeders give him a crack.

Wildwest was bred by Kevin Strong who sold Bay Jet to Macca Lodge as he dispersed with much of his bloodstock. 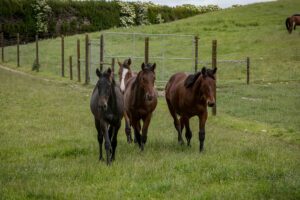 brother to Wildwest, while the McIntyres have a two-year-old filly by Net Ten EOM and a colt foal by Always B Miki.

A whirlwind week for the Macca Lodge crew started at Winton’s meeting on Thursday.

Bred and sold by Macca Lodge at the National Yearling Sales in 2020, the filly was purchased by Tom Bagrie, who syndicated her among a group of owners.

Macca Lodge is preparing a draft of eight yearlings for this month’s sales in Christchurch.

Among them is a half-brother to Dannemora in Lot 313 – a Fear The Dragon colt from Gracy Lady.

Macca Lodge’s Fear The Dragon will make his yearling sales debut in New Zealand in 2022 and the McIntyres are looking forward to it. 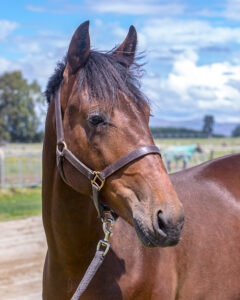 “He is leaving really nice types, we have three ourselves and John and Judy Stiven are selling two as well,” Brent said.
“He has started off well in America this season, he beat Bettor’s Delight on the money list for two-year-olds, so they can obviously run.”

“Our three are all nice types out of well-bred mares so hopefully he can get off on the right foot at the sales.”

Macca Lodge will also debut another of their sires at the National Yearling Sales in 2022 in En Solitaire.

They’re sending two yearlings to the Christchurch sale and White Stables have another in their draft, too.