Steve and Anne Phillips have bred and raised a host of top flight performers over the years, originally at Pukekohe and more recently, in the Waikato district. 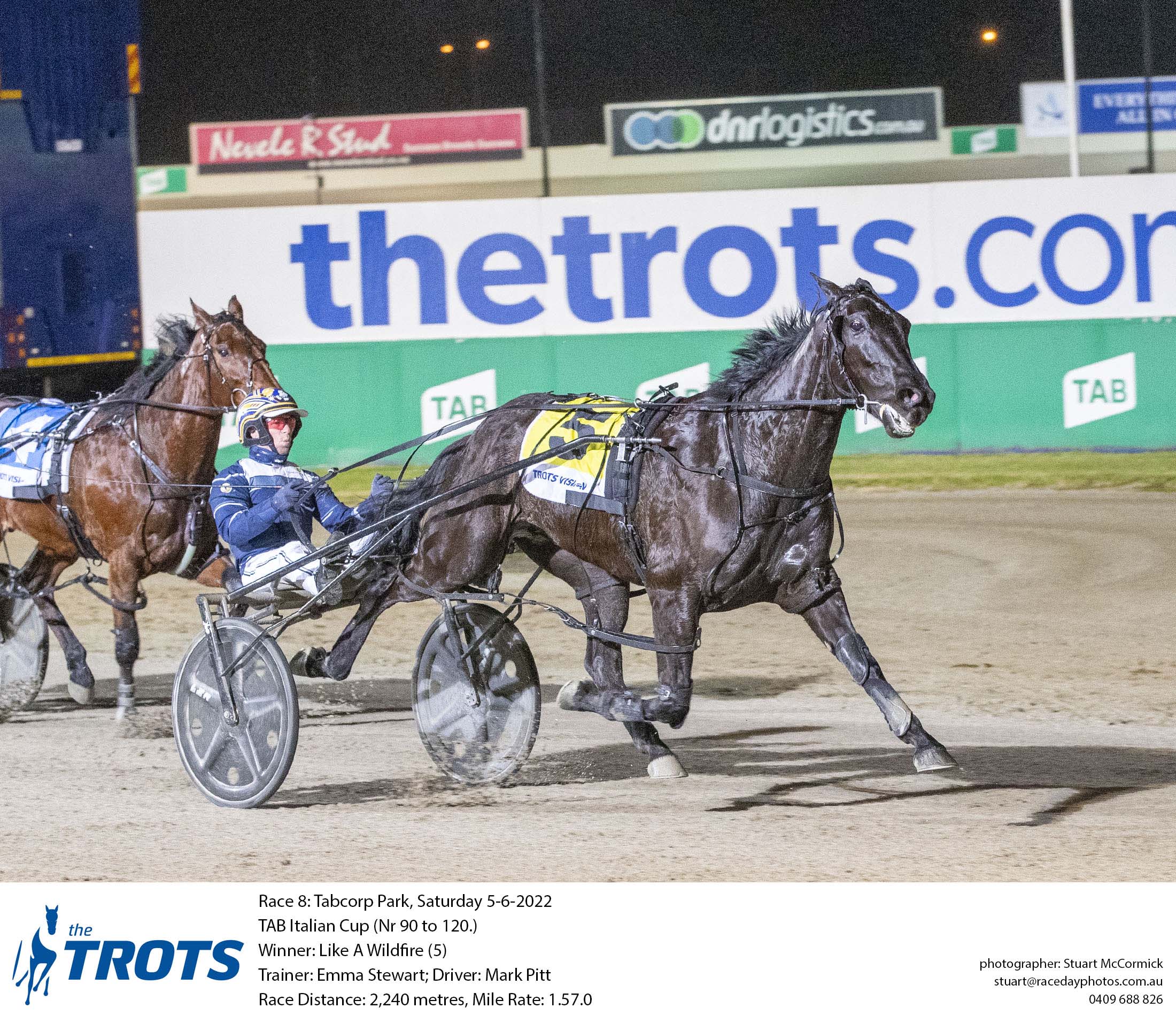 The seven-year-old Big Jim gelding gave a sample of his class when he sat outside Inter Dominion finalist and Victoria Cup runner-up Triple Eight in the Italian Cup at Melton last Saturday and won by open lengths.

From 10 starts this season, Like A Wildfire has won five and been three times placed for $119,680 in stakes.

“He’s so honest. He seems to be improving each season,” Phillips, a former Harness Racing NZ board member, said.

“He’s right up there with the best ones we’ve bred.”

Like A Wildfire was gotten by the Western Ideal horse Big Jim (1:49.2) from the D M Dilinger mare Against The Wind, who took a record of 1:59 as a two-year-old.

“She was trained for us by Geoff Small and was quite a smart filly,” Steve stated.

A half-brother to Against The Wind was the speed merchant Montecito, a winner of 12 races in NZ and who later took a record of 1:49.4 in America and finished up with a stake tally of $522,723.

Their dam, the Fitch II mare Dinavinetto, was bred from by the Phillips and Alabar boss Graeme Henley before being sold to Cavallo Bloodstock. In all, she left 10 foals for six winners including five in 2:00 and two qualifiers.