Skip to content
Win a timely boost for Winton horseman

Owner-breeder-trainer and usually the driver too, Alister Kyle got a timely boost when Tash’s Bad Girl (Sir Lincoln-Madie Holmes-Holmes Hanover) sprinted to victory at Ascot Park on Monday. 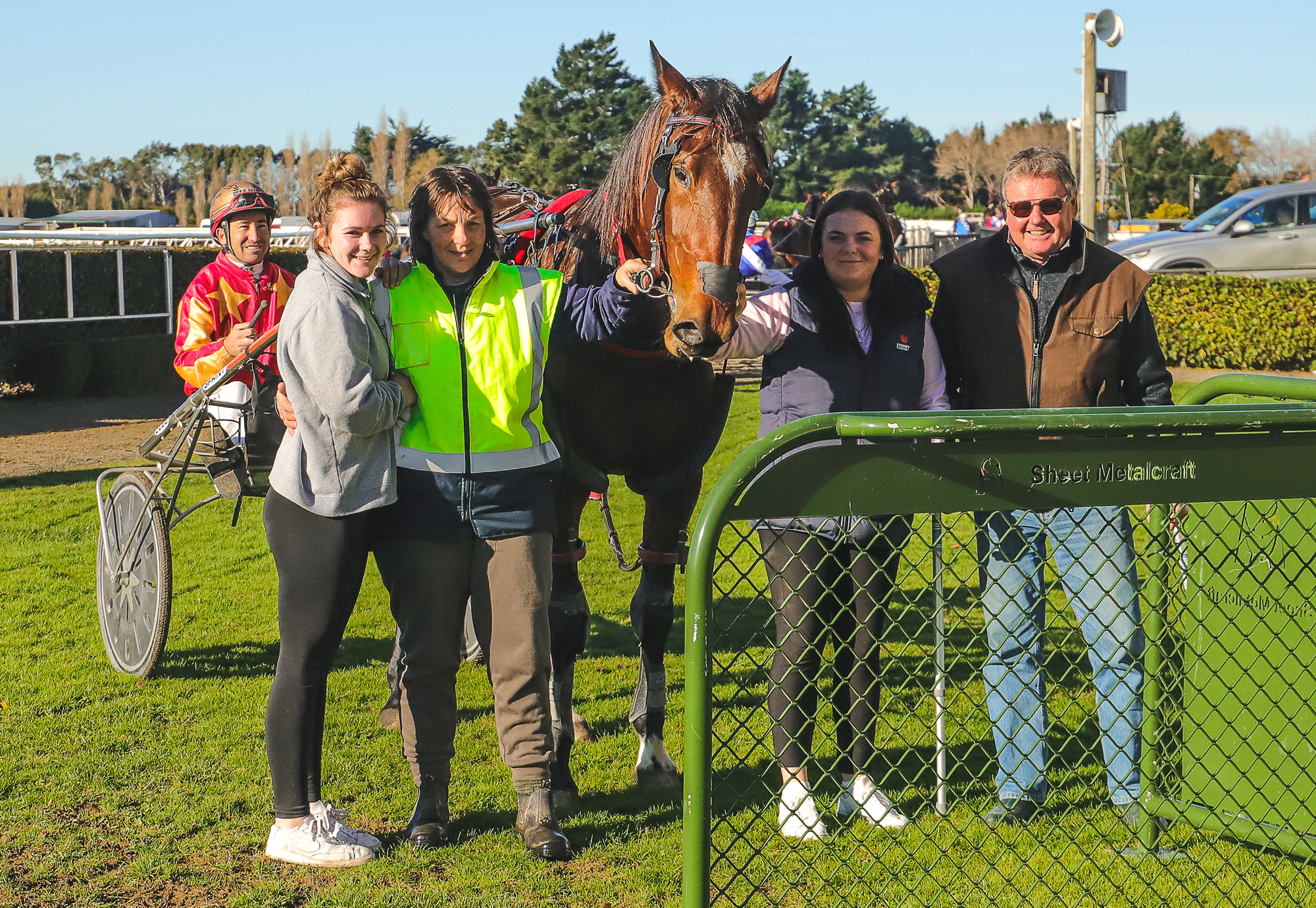 Kyle is currently out of the sulky after suffering a back injury, so it was left to Matty Williamson to guide the mare to her maiden victory.

The win was a family affair with Kyle’s wife Vicky and his two daughters Natasha and Maddie doing the groundwork with the Kyle team after the trainer has been left on crutches due to his injury.

Vicky was a race winning driver during her time on the track in the late 1990s, while both daughters are licenced stablehands with ambitions for further involvement in the industry.

Tash’s Bad Girl was clearly in good hands leading into her win and it showed when she cleared out to win by more than two lengths.

“I broke a couple of bones in my back and I would say it will be a wee while yet, at least another month or somewhere about there before I am back out there,” Kyle said.

“I am lucky that I have a wife and a couple of daughters that can do the work for me.”

“As they said to me, I am pretty good at giving the orders, but other than that I can’t do too much at the moment.”

Tash’s Bad Girl’s win was the perfect boost for Kyle, who works as a builder by trade, during his recovery.

“Certainly the win, no doubt about it, it was a lift for morale.”

Tash’s Bad Girl scored in her 30th start at the races after what her trainer described as shocking run of luck.

“I’ll be honest, the win was no surprise.”

“She has been very unlucky, she has had some shocking draws.”

“Even after Matty drove her at Winton the other day he said I would like to get back on her next start.”

“He got held up a bit and it obviously it takes a bit for her to wind up, she is a big horse.”

“When the draws came out for Monday I thought this could work out alright here.”

“And it worked out good.”

Kyle also said Tash’s Bad Girl’s had battled allergies in the spring and summer months, which were not so much of an issue during a Southland winter.

The Kyles have had a terrible run of luck in the breeding barn with the mare.

Madie Holmes is from Novice Franco (Falcon Seelster) a four-win mare who mixed it with some quality fields in the early 2000s.

Novice Franco was also been a shy breeder, producing six foals after plenty of visits to the breeding shed.

In Tash’s Bad Girl, the Kyles have a mare to carry on the Novice Franco line.

Though she won’t be seen in the breeding shed any time soon.

But Madie Holmes will given more opportunities at stud.

The mare has also left a weanling colt by Terror To Love, her next foal following Tash’s Bad Girl.