No matter which way you look at it, Pat Driscoll has made a pretty dramatic impact on trotting Down Under.

From a racing perspective, in a few short years Driscoll has won 19 Group 1 races with 11 different horses and a total of 69 Group races with 24 individual horses. 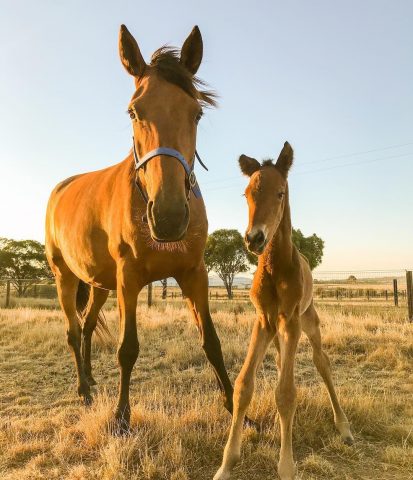 This from a breeding programme largely based around putting New Zealand-bred mares to European stallions and a private training operation overseen by Anton Golino, an Australian who brought both American and European experience to the table.

Most of those Group wins have been with fillies and mares which have now joined the broodmare band or are heading that way.

Driscoll has had his share of success in New Zealand as well, with the likes of Kincaslough (10 wins, 3rd Dominion) and just lately Pretty Majestic (G3 Northern Trotting Stakes).

Mostly he has been appreciated here for extensively sponsoring races and introducing new events for three-year-old trotting fillies in the North Island, Southland and Waikato Oaks.

From a breeding perspective, Driscoll has imported stallions such as En Solitaire, Used To Me and Volstead to date and frozen semen from a raft of European sires such as Love You and Ready Cash.

He has bought dozens of New Zealand mares and been a prominent supporter of the yearling sales, both as a buyer and vendor.

Quite literally, Driscoll has poured millions of dollars into the local harness racing economy.

He would have set up shop in New Zealand, but for the barriers against overseas investment at the time, and instead established Yabby Dam on 650 acres at Cardigan near Ballarat.

Built from the ground up, the racing side of the operation includes a 1000 track, a 1200m straight track, a 1200m hill track based on what Driscoll had seen in France, a 10 kilometre jogging track, a treadmill, a 50m pool and a barn for 32 horses.

And with the quality of the stock coming through, little wonder that Golino is happy where he has wound up, while his right-hand man at present is former Kiwi Jack MacKinnon.

His father Jamie is now the New Zealand booking agent for the stallions with Christchurch’s Justin Le Lievre also a sales rep.

This year marks a new phase in the operation in some respects however.

Louise Toulmin has just started as the new General Manager and now Driscoll expects to make frozen semen available this season to the amazing and just retired Bold Eagle, the son of Ready Cash and a Love You mare who won an astonishing 24 Group 1 races and $5m (Aus$8m).

The nine-year-old has been mixing racing and stud duties since he was four and is already well under way as a sire, with a first crop of four-year-olds in Europe and Group 1 winners in France and Sweden.

Not surprisingly, given Love You is booked full in New Zealand and there is no more Ready Cash, the announcement of Bold Eagle’s availability was greeted with unabashed enthusiasm by trotting breeders.

“The phone rang off the hook when we released the news although we need to temper that reception with the fact that we don’t expect to receive the semen until mid to late October,” said Toulmin.

“So we fully understand there will be some mares who will be ready to be served earlier by other sires.

“Still it will be great to get a supply and be set up good and proper for next season.

“He was supposed to be heading back to America this year to defend his Breeders Crown title, but the pandemic put an end to those plans.

“That was a bonus for us though in that he could go into quarantine and be collected for frozen semen destined for Down Under.”

Bold Eagle stands for 20,000 Euros in France but his owners agreed to meet the market down here with a stud fee of $13,500+GST payable on live foal.

Conversely, Father Patrick has gone from $9000 to $15,000 and Muscle Hill is now effectively out of reach.

Bold Eagle, whose dam is bred on a Love You-Workaholic (by Speedy Crown) cross, won 46 of 75 races and almost 5 million euros to make him the third highest stake winning trotter ever behind Varenne (6m euro) and the evergreen Timoko (5m euro).

At the height of his career he was nigh on invincible racing against the best older trotters in the world.

In 2017, he won his second straight Prix d’Amerique and went on to also win the Prix de France (2100m) and Prix de Paris (4150m) at Vincennes, becoming the first horse to win France’s Triple Crown since Bellino II in 1976.

Plenty of horses have won the Prix d’Amerique-Prix de France double, but the much longer trip of the Prix de Paris makes the Triple Crown exceedingly difficult.

Bold Eagle achieved the feat with a 1.58.2 mile rate for the 4150m from a walk in start, which elevated him to cult status.

He took a record in Europe of 1.50 at the Elitloppet at Solvalla in Sweden, waltzing away from his rivals after sitting parked for the mile trip.

Bold Eagle’s astonishing tally of 24 Group 1 wins was capped by the Breeders Crown at Mohawk in Canada last year, where he scored in 1.52 over a slushy track on a cold night.

Only the legendary French mare Une de Mai has won more Group 1s during a lengthy career some 50 years ago.

Ready Cash won 10 Group 1 races including back-to-back Prix d’Ameriques and he is widely regarded as the greatest trotting sire of all time – certainly on a par with Muscle Hill in modern times anyway.

Ready Cash has sired the two best three-year-old trotting colts in America this year from just seven foals there.

Whether Bold Eagle can match the deeds of Ready Cash at stud in Europe remains to be seen – he is at a disadvantage from the start in that he cannot be bred to mares by Ready Cash or Love You.

Indeed, there is perhaps an expectation that Bold Eagle can exceed Ready Cash’s feats at stud, but that would be entirely unfair.

Nobody is more excited about his prospects that Toulmin though.

As her surname might suggest, Toulmin has links to France, although she is herself a true blue Aussie coming off 12 years as the Sales Manager at APG.

“It is my husband Gary who has the French heritage and I must admit to knowing nothing about horses when we got married,” she said.

“But I embraced Gary’s love of harness racing and breeding and I’m a passionate participant doing my dream job.

Toulmin got off to a pretty good start when first introduced to horses in the late 80s though.

One of the first horses the Toulmins raced was Handibank, a daughter of Spare Hand that won a Victoria Sires Stakes Final for three-year-old fillies beating Provocative for trainer-driver Vinny Knight.

“She also won the Queensland Oaks that year and one of my first memories of the game was an early trial when she was trained by Gary and his father Ollie.

“She was a two-year-old filly, it was a standing start trial at Bacchus Marsh in January, and she won by 50m after losing 50m at the start.

“She performed so well that day that we had the Pacers Australia’s Terry Henderson chasing us back to the stables about buying her.”

“Gary is a plumber or drainage contractor by trade, but we have our own farm on the other side of Ballarat and he’s hoping to be doing that full-time as an agistment and pre training set up before too long.”

What also has Toulmin excited is the first commercial crop of Love You foals coming through as three-year-olds in Australia at present, although they will be racing in two-year-old features in coming months.

There are 50-odd Australian-bred foals in his first crop and they already include the juvenile winners Ikllawong Moonbeam, Maestro, Sweet On You and Tictok, the latter winning his debut at Ballarat recently by 33m.

Likewise, Love You has been through a relatively quiet patch in New Zealand due to a lack of numbers, or 21 foals aged four, five and six.

Those crops have produced the likes of Paramount King, Amour de Frere (Aus1.56.5, $106,000), You Really Got Me, The Big Bird and Ultimate Stride, with 15 having qualified and/or raced to date.

His first six crops here totaled 128 foals at an average of 21 a season, which was enough to make Love You the leading trotting sire in New Zealand in 2017, when that season featured Enghien (3yo), Monbet, Habibti Ivy, Bordeaux, Paramount King (2yo), Gentleman Sir, Yagunnakissmeornot, Quevert, Le Reveur and Ronald J.

This was the season after Monbet had swept everything before him.

Imagine what Love You would do if he had 100 plus foals a year like some of his competitors?

But this season, Love You has a crop of 42 foals coming through, and it has already unearthed the likes of the juvenile winners Eurokash, Love In A Port, Summer Lovin and Wanna Play With Me, while Leaf Stride recently won his debut as a three-year-old at Addington.

Love You’s next crop is even bigger at 56 foals so he is set to make a very big impression again.

“It’s quite frustrating because we have lots of semen from Love You available in Australia, but most of the demand for him is in New Zealand,” said Toulmin.

There are people like Jim Connolly, Duncan MacPherson and even Emilio Rosati that are keen on their trotters, but often you will see them buying Love Yous in New Zealand.

“When there was plenty of Love You semen in New Zealand for a couple of seasons, he covered 186 mares, but last season we could only do a handful.

“Since then, some semen has been found in storage that was not known about earlier, so 18 mares have a booking this season.”

Conversely, Orlando Vici is a world class sire as evidenced by a first crop in Australia of 11 foals where all of them have raced and 10 have won, including Xebec (NSW Trotters Derby).

The latter was owned by Driscoll when he won the Derby last year for trainer Ben Aubron and driver Jack MacKinnon, upsetting Driscoll’s Ready Cash colt All Cashed Up.

Aubron has since leased Xebec and moved to New Zealand, winning with him at Cambridge in June and July from 35m and 30m handicaps.

Yet Orlando Vici, one of the top sires in France, could not attract a mare in New Zealand last season.

Love You’s son Quaker Jet is also well respected in Australia with seven winners from his first crop which include the top filly Im Ready Jet.

She won the Breeders Crown for two-year-old trotting fillies at Melton last year by 20m, while she is a last start winner of the G1 Need For Speed Princess Final at Melton in February, where she won by 24m in a 1.55.6 mile rate, beating Simone de Beauvoir (Love You) and another Quaker Jet filly in Imamaorijet.

Yet he is another one that is a top sire in France as well, yet grossly underrated in New Zealand, attracting just two mares last season.

Coktail Jet’s highly regarded son The Best Madrik is in a very similar boat, getting just one mare last season, when three earlier foals of racing age include promising winning sons in Afterburner and Madrik.

Perceptions around French sires without top performers on New Zealand tracks along with stud fees for frozen semen are the main obstacles for these sorts of stallions, even though the ground work has been laid by Love You.

But at least Bold Eagle is not about to suffer the same sort of fate it seems.