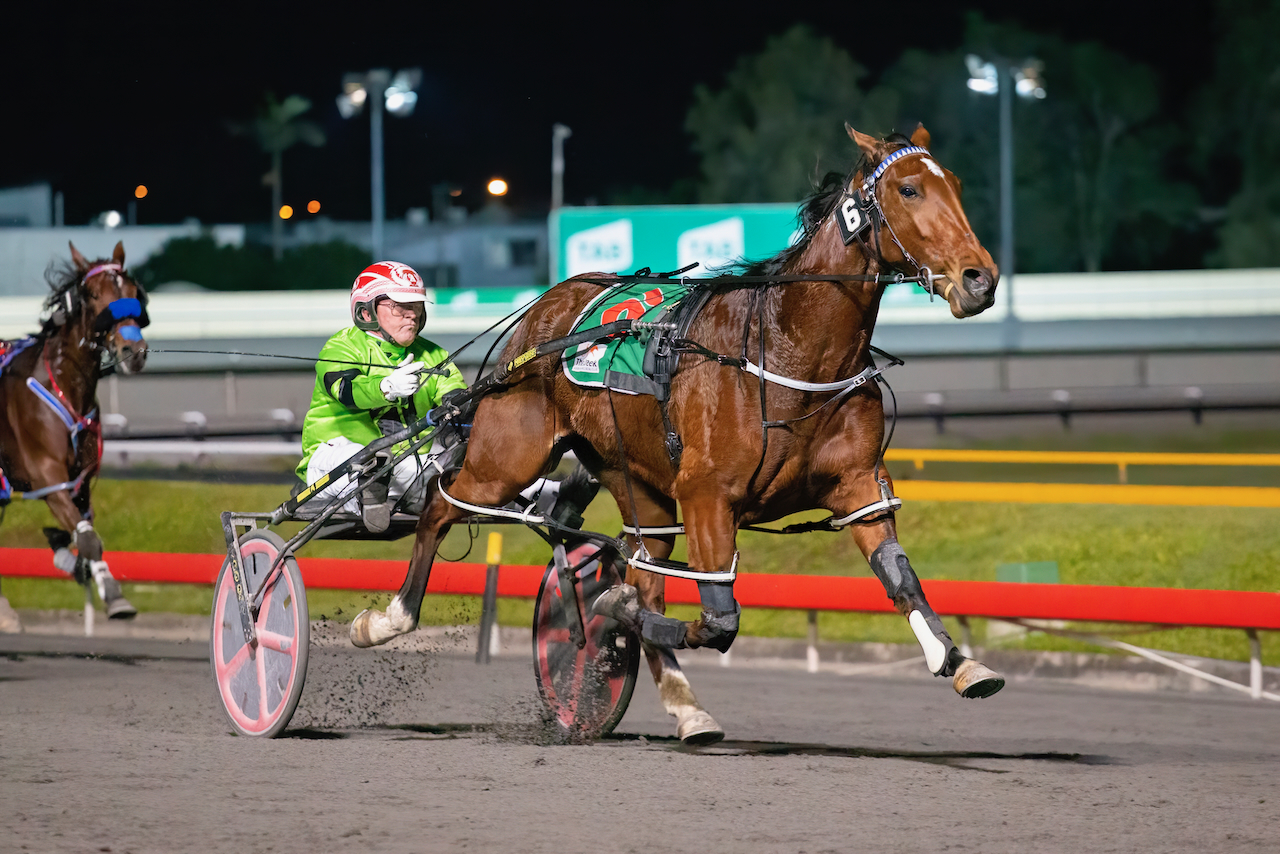 Castellina Lover, who was trained by Russley professional Steve Dolan, to whom Adamson gifted a half share, proved a capable racemare and is now a very successful broodmare.

“I liked her from the get-go. Her mother was a sister to Under Cover Lover, one of the greatest fillies raced in this country,” Dolan said.

“She suffered from arthritis in a knee which hampered her throughout her career.”

Sadly, Adamson passed away in 2013, on the eve of the next chapter of Castellina Lover’s life in the breeding barn.

Her first mating, to Bettor’s Delight, produced Recco Lover, who won five races for Pukekohe trainer Ray Green and was later sold to NSW where he won a further three – all at Menangle.

Next, to the cover of American Ideal, she left Firenze Amore, an Invercargill winner from only a handful of starts before breaking down.

“She’s now being bred from by Sheldon Murtha, Grant’s widow, Karen, and myself,” Dolan said.

“She has a Captain Crunch colt foal named Captain Amore which will be offered at next year’s sales in Christchurch and is in foal to Downbytheseaside.”

Castellina Lover’s third foal is none other than the champion filly Amore Vita.

Owned by Dolan and Karen Adamson, the Art Major filly has totted up 10 wins from 15 starts to date – including seven of her last eight – highlighted by successes in the Group 1 $130,000 Vicbred Final as a two-year-old and the Group 3 $30,000 Garrard’s Gold Chalice and Ultimate Tools Classic at three.

The winner of $221,515, Amore Vita will certainly be a force to be reckoned with in the remaining three-year-old classics.

Since producing Amore Vita in 2018, Castellina Lover has left a two-year-old filly Amore Infida (by Captaintreacherous), a yearling filly named Assissi Lover (by Bettor’s Delight) and a weanling colt in Rovigo Lover (by American Ideal).

She failed to get in foal to Tall Dark Stranger last season and is booked back to him this season.

“Amore Infida didn’t reach her reserve price at last year’s sales so we kept her. We plan to race and then breed from her,” Dolan stated.

“Assissi Lover has been broken in and had a couple of preparations. I really like her.

“Rovigo Lover will be nominated for next year’s Christchurch yearling sale.”