Global Flight, the brilliant end-to-end winner of the Group 1 $54,080 Stallions Australasia Darrell Alexander Trotting Championship Final at Albion Park, belongs to one of New Zealand’s most successful families of trotters.

Bred by retired Christchurch horse trainer and sheep and cattle farmer Ray Jenkins and his sister Dianne Kean, the Majestic Son gelding is from a tribe founded by their parents Harold and Joan Jenkins in the 1960’s.

“All the dams reached cup class. It is quite an amazing record,” Ray said. 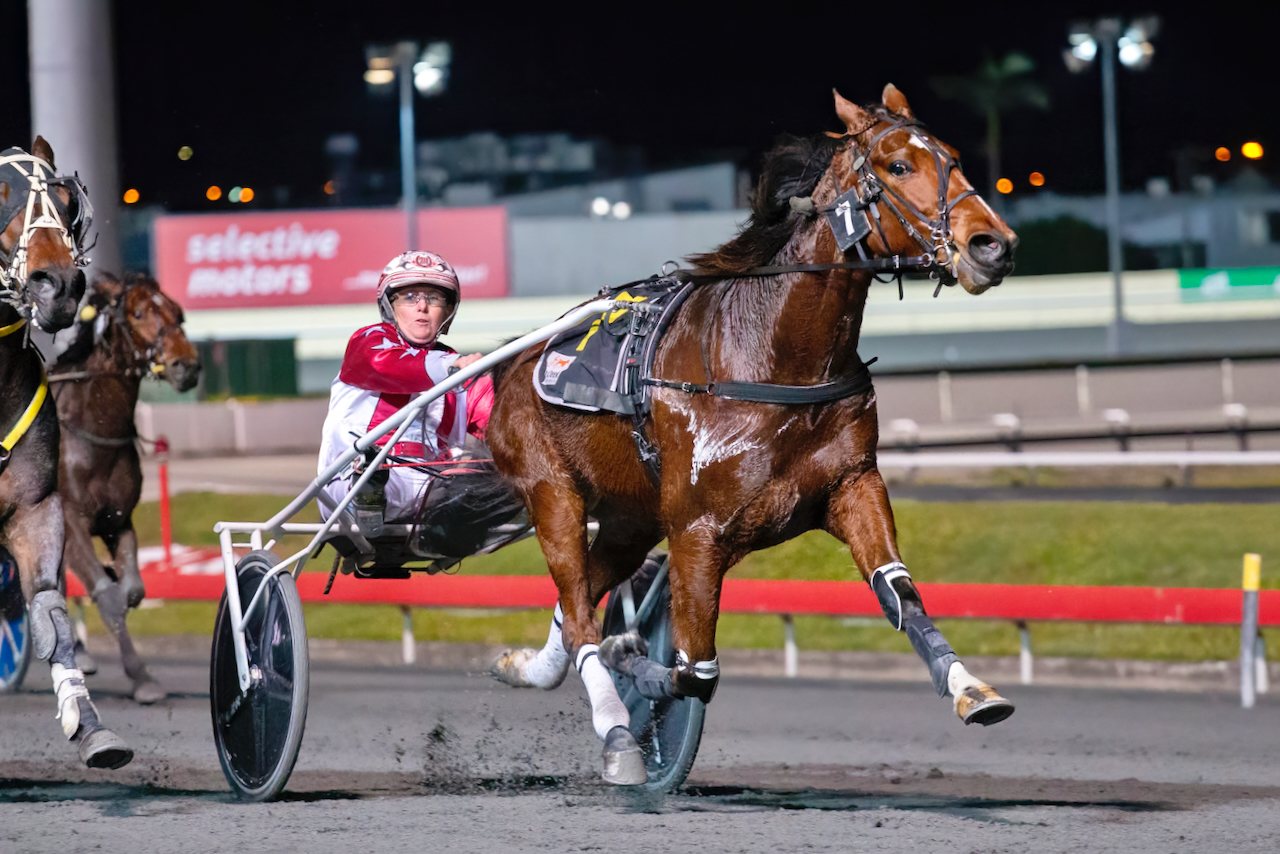 Ann’s Globe, a Johnny Globe mare and a close relative of the top flight trotters Jimmy Dillon and Our Jimmy, really established this branch of the Lady Marvin family. She totted up six wins and 16 placings in a long career.

“They tried to qualify her as a pacer but she wasn’t fast enough,” Ray said.

At the stud Ann’s Globe became the dam of five winners headed up by a brilliant trotter in Tobago, a winner of 15 races including the Dominion Handicap, NZ Trotting Free-for-all and NZ Trotting Stakes and $252,045 in prizemoney.

Tobago was owned and originally trained by Jenkins and later by Patrick O’Reilly and driven by Henry Skinner.

Global Invasion, Globe Trotter and Globe Pride, the first, second and third dams respectively of Global Flight, were all smart racemares in their own right.

Global Invasion (by Armbro Invasion) won eight races including the NZ Cup Day Trot, Globe Trotter (by Sundon) totted up 10 wins highlighted by the Ashburton Trotters Mile in 1:59.5, while Globe Pride (by Game Pride), a sister to Tobago, won eight and was placed at Group level.

Global Flight won four races for Jenkins’ daughter Amber Lethaby before being sold to Queensland in May. He has won four of his five starts in his adopted country.

A brother to Global Flight in Globe Trekker has won seven races to date – six in NZ and a 1:59.3 effort at Melton.

Since producing Global Flight in 2015, Global Invasion has left the four-year-old Global Heights (by Peak), a weanling filly by Majestic Son and is carrying a positive test to What The Hill.

“We really wanted to get a filly out of the mare,” Ray said. “We plan to race and later breed from her ourselves.”

Monorail, a prolific winner at Melton and Albion Park, is also a member of this fine family.