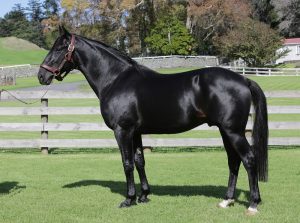 Coming off nine consecutive leading sires titles, the king is well and truly in command of his throne.

At the age of 21, he has overtaken Dillon Hall for the second most Leading Sire of Pacing titles with nine and will have Vance Hanover’s record of 10 in his sights this season.

With a service fee reserved for only a few in the history of New Zealand harness racing, he has earned every cent of it and has served 164 mares this season, up from 142 the year prior.

164 mares represents just under 10% of the total serves of the pacing broodmare population.

It would appear at this stage, the only thing that could knock Bettor’s Delight off his throne is himself.

He sired 64% of the Group Race winners in New Zealand for pacers in 2018/19 and was on track for similar numbers this year.

Amazingly his live foal percentage has never dropped below 70% while at stud in New Zealand which indicates fertility is certainly not an issue for the old boy yet.

In his third season at stud in New Zealand, the equal fastest standardbred of all time did his biggest book yet in serving 168 mares.

This was a massive leap from 94 and 98 mares in his first two seasons.

Such was the significance that it represents the largest spike of any sire to be standing in the flesh in the Southern Hemisphere in their third season at stud.

Breeders are desperately searching for an heir apparent to Bettor’s Delight.

He represents reasonable value at $7000 given his racetrack credentials and breeders must be liking what they are seeing in the paddock.

Breeders were also buoyed by a strong North American sale for the freshman sire who had a cult-like following thanks to his world record mile and longevity on the track.

Across Lexington and Harrisburg, he was third on average behind Captaintreacherous and Somebeachsomewhere.

It didn’t translate to immediate success in New Zealand with an average of $24,736 across both sales, but such is the fickle nature of our market that unproven sires are treated as such, regardless of their racing resume.

The most important thing for any sire is numbers on the ground and ending up with stock in the right stables. Always B Miki achieved on both fronts this season.

I’ve mentioned it elsewhere, but the trotting numbers continue to hold steady and for the fourth year in a row saw a small rise in the number of mares served.

Ten seasons ago we were breeding 686 trotting mares, only 43 fewer mares and a 6% decline over a decade. Not bad all things considered.

It doesn’t hurt that the leading sire of trotters in New Zealand last season, being the NZ Trotter of the Year in Majestic Son, is available at $5000+ GST.

The average price of a trotting service fee in New Zealand has actually decreased by $300 to around $4500 and this is despite the improved genetics on offer.

The only thing that hasn’t significantly improved for trotters is the investment in the gait from a racing standpoint.

Still not a single Group One race for fillies or mares making it very hard for the trotting girls in the studbook to earn black type in what is the only global gait of our industry.

What industry ignores investment in a growth area of its business? Ours does.

Another area of concern with the trotters is that 227 mares were served with frozen semen (up from 122 in 2010/11). On Friday we will take a closer look at the live foals this method of service is producing to truly test its limitations on the studbook.

It certainly didn’t put people off the next stallion I’m about to discuss.

Ged Mooar and Nevele R Stud have come up trumps this year with Father Patrick serving nearly a quarter of the trotting mares with 126.

Despite being available by frozen semen and at the more expensive end of the market at $9000, market forces do dictate and trotting breeders are growing more accustomed to investing in a good thing when they see one.

On the last official day of the breeding season in the Southern Hemisphere, Father Patrick rewarded everyone who has supported him with a winner from his debut runner La Reina Del Sur.

In March he took that tally to two from two when Have No Fear won the third and final race for two-year-old trotters in the South Island.

Two starts, for two wins. Can’t do much better than that and while his crop next season is smaller in numbers, big things lay ahead for Father Patrick and his stock.

It doesn’t matter what way you spin it, our greatest pacer of the last decade has been sold short in his first season at stud.

Through no fault of his own, he will be on the back foot chasing his tail for the rest of his career at stud.

The stud responsible for communicating with breeders have come up short and left the stallion’s owners in a compromised position, to say the least when it comes to resurrecting the stallion next season.

Open, honest, two-way communication as shown by Alabar Stud when Art Major was suffering from a few issues with his tubes does not mean the death of a stallion commercially.

If anything it has proven to be the opposite.

Alabar gave breeders a timely response and the opportunity to change tact and to get their mares in foal, and unfortunately, in this case, it proved to be the opposite.

It has a flow-on effect also to the studbooks in both New Zealand and Australia.

How many mares will sit empty at a time when we can absolutely not afford to have any wastage in the breeding sector?

I love the horse and absolutely hope like anything that breeders are able to look past this season and give the champ another go.

I know the owners are keen to make amends and have acknowledged they will attempt to do so to the best of their ability.

It would appear the champ has another strong book in North America and is back firing in all cylinders.

I urge breeders here to not be apathetic and give our best domestic hope since Christian Cullen the chance he deserves.

Not even Woodlands Stud would begrudge me in saying that Bettor’s Delight’s dominance is such, that the industry is crying out for a new pacing sire to put his hand up as the next big thing.

Captaintreacherous will never stand Down Under and therefore will do very well to dominate in the way Bettor’s Delight has done serving 50 mares with frozen semen.

Art Major is 22 years young and although showing some promise, the biggest crops of Sweet Lou are yet to be seen so it is still early doors regarding his ascendency.

While a few stallions in recent seasons have had decent crops, this hasn’t materialised to instant success on the track, particularly in our biggest of races.

Because of the commercial nature of the yearling sales, sires are judged on their ability to leave juvenile speed and winners of feature races as the barometer of success.

Unfortunately for every sire not named Bettor’s Delight, Art Major & Captaintreacherous, clients of the All-Stars are not purchasing your stock as yet and therefore reading the stats, you are chances are limited of winning a juvenile feature.

This isn’t a gripe, look at the results for the last decade. Its mere facts.

Who purchased and trained the only Auckland Reactor to win a Group Race thus far?

The benchmark stable in our industry won 41 of the 59 Group Races in a single season in 2018/19, and while they won Group Races with stock by three sires not named above, two of them are dead (Falcon Seelster/Cruz Bromac & Courage Under Fire/Turn It Up) and the other was a filly out of Adore Me (Sweet Lou).

Therefore the barometer by which we judge success for any sire is unrealistic.

Not only are these stallions doing smaller crops, but they are also getting lesser quality mares and have next to nothing by way of incentives to promote breeding to them.

It can’t be left up to the Sires Stakes Board to incentivize these stallions, but is it any surprise of the five new races they have carded since 2015 (Southern & Northern Mares Classic, Sires 7000, and two Uncut Gems) that the All-Stars and Bettor’s Delight have only won two of the 31 races run?

The less I say about this the better, but to consider Gold Ace, Sky Major & Johnny Rock all got more mares then the three-time New Zealand Cup winner is remarkable.

No knock on the other guys, but if a horse with Terror’s credentials came down from North America it is fair to say he would be treated with more respect.

We can’t afford to haemorrhage any more than we are.

The status quo is not working, you only need to go to a website like Harnesslink and type in ‘Mares Served New Zealand’ to get a litany of articles year on year speaking of the demise of our breeding industry.

As pointed out last week, we are not unique, but we also can’t afford to continue with the status quo.

We must look at what is working elsewhere and have the capacity to think beyond the next 12 to 18 months in shaping our future.

The effects of this year’s breeding won’t be felt for five years, and without any investment into the breeding sector next year and beyond, the problem will be even more glaring.

In 2025 when the economy is likely turning the corner, do we really want to look back and wish we had done more to stimulate breeding in a time of crisis?

The long term needs to be considered and whether that is done through regional focus groups or better two-way communication from the top down, I think it starts with being brave and having the courage to have tough conversations out in the open, and not hide behind the narrative of being hopeful.

We have some highly skilled and competent people who participate in our industry that aren’t so much being ignored as they are left feeling disillusioned. It’s one thing to say your communication lines are open, it’s another to utilise them in a way that leaves every industry participant feeling like they can contribute.

Hope alone won’t see us through another decade and neither will a short term focus funding only racing.

How can you maximise future turnover without a horse population to do so?!